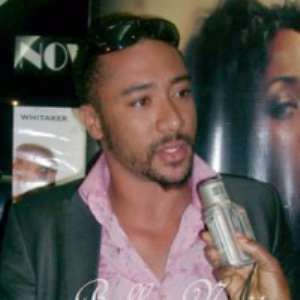 Actor Majid Michel has expressed shock at making it again on the nomination list of this year's African Movie Academy Awards (AMAA).

He told NEWS-ONE in a short conversation on Saturday that he did not see it coming as it came to him as a surprise.

'After three nominations in a row, I didn't know I will be nominated this year. I didn't even know which of my movies were submitted. But I am excited to be nominated,' the light-skinned actor said.

This year, he has been nominated for the Best Actor In Leading role category for his role in 'Pool Party,' directed by Frank Rajah.

This is the third time he has been nominated for that category. In 2009, he was nominated for the category for his lead role in Venus Film's 'Agony of the Christ', which was followed by another nomination in 2010 for his role in 'Sin of the Soul.'

He has not won any of those nominations, however he said, 'If I am nominated every year, I will be excited even without winning.'

This year, Majid Michel was among the Ghanaian delegation that went for the AMAA nominees' party in Kenya. He returned home last week Monday.

But Majid considered it an oversight because he did not see why the media would do that.

Meanwhile, he was not too optimistic about winning this year's category.

AMAA is his first nomination for an award for this year.