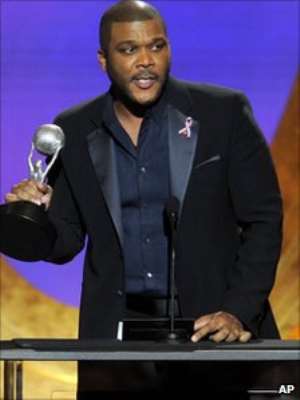 
Writer and director Tyler Perry was the big winner at this year's National Association for the Advancement of Colored People's Image Awards.

Perry's film For Colored Girls was named best movie and he also scooped the best director prize for the film.

There were also prizes for Halle Berry and Denzel Washington at the awards ceremony, which took place in the US.

Washington won the best actor award for The Book of Eli and Berry was named best actress for Frankie & Alice.

"If it were not for the NAACP, a little girl like me would not have had wind beneath her wings in a small town in Ohio," Berry said.

"I have never been more proud to be a black woman."

There were also awards for Kimberly Elise for her supporting role in For Colored Girls and David Mann, who stars in Tyler Perry's Meet the Browns.

On the music side there were awards for Usher, Alicia Keys, Fantasia and Willow Smith.

The US awards show honours diversity in film, television, music and literature.