Amakye Dede: I Smoke Too Much 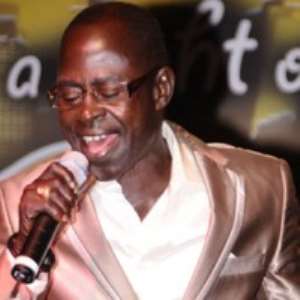 The evergreen highlife musician, Daniel Abrantie Amakye Dede, turned 53 years last month and he says he is struggling to quit the unpleasant habit of smoking.

The musician is a genius by all standards, a source of inspiration and joy to many Ghanaians but he is not a happy man at heart because of his addiction to smoking and has sent an SOS message asking for help in that regard.

NEWS-ONE has gathered that the musician, apart from cigarettes, smokes another substance harmful to his health and would soon be seeking rehab attention.

In an interaction with Joy FM's Bola Ray last week, Abrantie confirmed the reports and disclosed that he could smoke five sticks of cigarette at a go.

He admitted he was struggling to put a stop to it and said he would need some volunteers to help him out.

Abrantie, aka Iron Boy, however sounded confident that he would quit smoking: 'I smoke now but too much for sometime

{sic}…like five sticks… I know [its harmful] that is why am planning to quit… even now…. I am assuring you that from here, you won't see Amakye Dede smoking.'

Amakye Dede belongs to a category of musicians gradually fading out in Ghana. His style of performing with a live highlife band is fading out as most contemporary musicians lazily opt for instrumentation engineered from studios and laced with digital voice effects.

Key players in the Ghanaian music industry have been bending over backwards to salvage the Abrantie Amakye Dede type of music but the efforts seem to have been an exercise in futility.

Amakye Dede started singing in 1973, approximately 38 years ago, with the Kumapim Royals led by the late Akwasi Ampofo Agyei. Interestingly, he is still doing new songs and reports say he would release his latest album before this year's Independence Day celebrations.

At the latter part of last year, Abrantie made headlines when he performed non-stop for a little over six hours at the 'Abrantie Amakye Dede Live In Concert', a show he said was his best in 2010.

In 1980, Abrantie formed the Apollo High Kings and has over 25 all-time hit albums to his credit. He is best known for hits including 'Daba Dabi Ebe Ye Yie', 'Sokoo Na Mmaa Pe', 'Iron Boy', 'Seniwa', 'Brebrebe Yi', among others.

2020 Polls: Kwaku Bonsam Fires Up For Victory In Offinso Nor...
11 minutes ago