Whoopi: I was a high-functioning drug addict 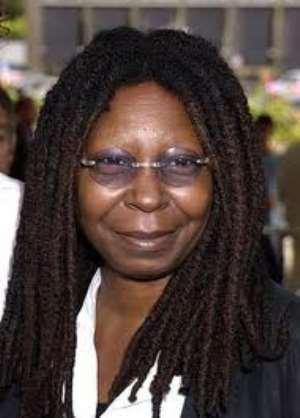 
While her co-hosts may have criticized Charlie Sheen over a recent report that he's skipping rehab to go back to work, Whoopi Goldberg says she understands the decision. "The View" host revealed Wednesday that she was once a high-functioning drug addict.

"He is an alcoholic, he is a drug user,” Goldberg said of Sheen. “He knows he has a lot of people he's responsible for. Having been a drug addict, I feel I can say this… I was a functioning drug addict, I showed up for work because I knew a lot of people would be out of work and I wouldn't get a check that I needed to buy my drugs."

Things got so bad for Goldberg that she became terrified to leave her bed for days because she thought something was under it. She even went to the bathroom in her bed.

While Goldberg is now "as straight as an arrow," she believes it's up to Sheen — and not his TV producers — to get himself back on track.

"Until Charlie makes the decision that he's ready and willing to stop doing what he's doing … he's not there yet," she said.