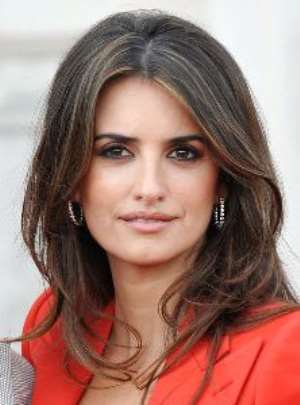 
Penélope Cruz and husband Javier Bardem have a new co-production.

Cruz, 36, delivered a baby boy at Cedar-Sinai Medical Center in Los Angeles, a source tells WHO.

"Penélope and Javier welcomed their first son into their family last week," reps for the couple said in a statement Wednesday. "Both parents and baby are doing great."

Sources tell WHO that Cruz had a baby shower at her Beverly Hills home on Jan. 16. The actress had revealed she was pregnant last September, after being spotted with an obvious bump on the set of her upcoming film, Pirates of the Caribbean: On Stranger Tides.

Shortly after that, Bardem, 41, spoke about his excitement over becoming a father, saying of his wife's pregnancy, "I am very happy."

The notoriously reticent Spanish lovebirds were married in July. The two, who are Oscar winners in supporting acting categories (she for Woody Allen's Vicky Cristina Barcelona, and he for the Coen Brothers' No Country for Old Men), started dating in 2007 but kept their relationship out of the public eye.

The couple met while filming Jamon, Jamon in 1992, one of Cruz's first films.

The baby news comes simultaneously with the new dad's Best Actor Oscar nomination, for his role in the Best Foreign-Language Film nominee Biutiful.

Bardem said in a statement: "I am truly honoured for this nomination and deeply thankful to the Academy members for their trust and support. … It's really a huge honor to have been nominated in a non-English speaking performance and in the name of all my colleagues in Spain and mine I want to show my gratitude to the Academy for support and a recognition in this nomination."