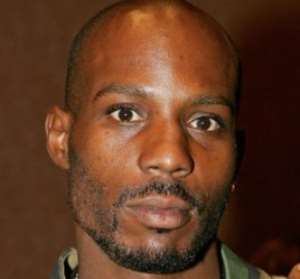 
Troubled rapper DMX is back behind bars in Arizona for violating his probation.

Earl Simmons, 39, who goes by the stage name DMX, was arrested Thursday on one count of violating his probation, according to the Maricopa County sheriff's office.

The rapper was allegedly using drugs, including cocaine and OxyContin, the latter without a prescription, CNN television affiliate KTVK reported.

Simmons burst on the rap scene in the late 1990s with songs like "Party Up" and "Get At Me Dog" as his first five albums debuted at No. 1 on the Billboard charts. He is also an actor, and has appeared in numerous movies including "Belly."

But in recent years, Simmons has had numerous run-ins with the law.

Before his most recent arrest, Maricopa County authorities said he was arrested on five separate occasions after August 2007. That included a May 2008 arrest on drug and animal cruelty charges, when Simmons attempted to barricade himself inside his Cave Creek home, sheriff's deputies said.

Simmons also ran into trouble while in prison, being placed on "lockdown status" and forced to eat only bread and water for "jailhouse infractions." He later threw a food tray in anger at a corrections officer in February 2009, according to the sheriff's office.

His next court date is Wednesday, according to the Maricopa County superior court's website.

'Captain Smart arrest is intolerance, he did no wrong' – Med...
29 minutes ago