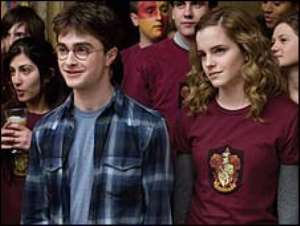 
Deadline Hollywood is reporting that Warner Bros. announced today it will release Harry Potter and the Deathly Hallows in 2-D only. The press release sums it up best:

“Despite everyone's best efforts, we were unable to convert the film in its entirety and meet the highest standards of quality. We do not want to disappoint fans who have long-anticipated the conclusion of this extraordinary journey, and to that end, we are releasing our film day-and-date on November 19, 2010 as planned. We, in alignment with our filmmakers, believe this is the best course to take in order to ensure that our audiences enjoy the consummate 'Harry Potter' experience.”

This is a huge deal. It means Warner Bros. is leaving significant cash on the table as the studio could have charged an extra $3.25 per ticket extra for the film.

But Warner was burned earlier this year when it converted the film Clash of the Titans into 3-D after it had already been shot in 2-D. The film earned $493 million at the global box office but the quality of the 3-D was so bad that it threatened to turn audiences off to the cash-cow phenomenon that 3-D could be.

They had to make sure that the conversion on Potter was significantly better than on Titans or risk the biggest franchise in Warner Bros. history.

The fact that the studio backed off says a lot about the leadership of Barry Meyer and Alan Horn (who is on his way out at the studio). The decision will probably mean more to the future of 3-D than anything since Avatar because it will give audiences faith that the studios are only putting out quality work.