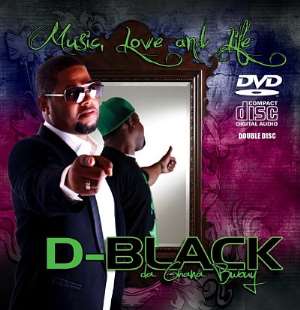 D-Black Music, Love & Life Cover
We are almost near the last quarter of 2010 and it already looks good for Hip Hop artiste D-Black. Below are several nominations for him …

The Video which was directed by Gyo of Phamous Films was nominated in the following categories 'Best Overall Video', 'Best Storyline in a Video', 'Best Group Video', 'Best Collaboration' and 'Best Directed Video'. The same video was adjudged as the best video of the year in this year's Ghana Music Awards.

The video is nominated for 'Most Gifted Hip Hop Video of the Year' and 'Most Gifted African Video Of The Year'. Vote at: www.channelo.tv