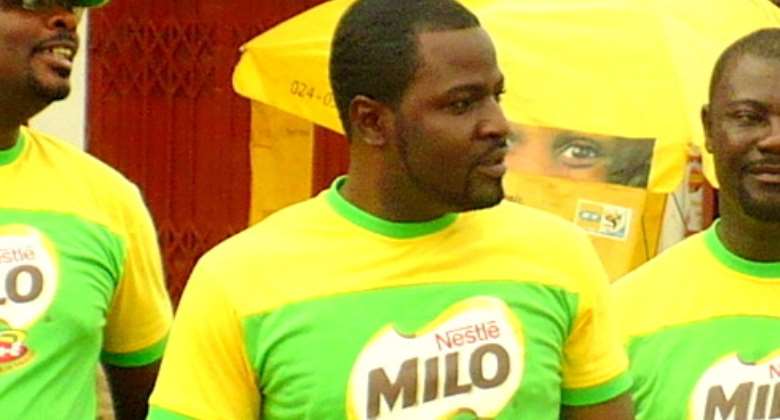 It was only last week that a bird whispered into our ears that the man who is steadily making a mark for himself in the entertainment and corporate world, widely called Merqury by his massive fans throughout the country from the days of GTV's Soundcity top 10(Ghana first ever music video chart) where his popularity peaked, has landed on the airwaves of Ridge based Atlantis 87.9FM anchoring their Evening Drive.

As In a phone interview with Merq, he confirmed the story adding that “work at Atlantis started on Wednesday September 15th, my birthday eve” and that he is still warming him onto the hot seat of the station which broadcast 100% English programs.

It came as surprise when news came in February this year that the man, known for his humor, sweet and melodious voice, had vacated from the Choice 102.3fm Drive Time program. Merqury who was believed to have raised the show to rub shoulders with premier drive shows on the FM dial in Ghana sited 'issues with management of the station' as part of reasons for his exit. It turned out to be big blow for the Olushegun Obasanjo based Choice FM and they have since February been looking for a perfect replacement for Merqury who left a very big gap to be filled on the drive slot. Rumours have it that until he was heard on Atlantis, Choice FM, after unsuccessfully getting a replacement, was into talks with the 'Governor's favourite' to refill the gap.

"From Choice fm I went on a recess whiles studying the radio terrain as well. During that period, I also realized there was something lacking on Drive time radio in the capital. This is exactly what I am about to bring to our listeners on the program”. Merqury who doubles as PR for Tic Tac sited Entertainment news, 5 @ Five, Bizarre news and health tit-bits as segments of the three hour show which starts at 3pm.

Merqury was the presenter of the first ever music video chart show on Ghana Television on which he interviewed prime celebrities including Wyclef Jean, Akon, P Square, Keisha White and Mz Trinity of Jamaica. He has also performed with Mz Trinity, Becca, Tic Tac, Lord Kenya, Asem and Eazzy as Hypeman on several stages. He is also operates his own recording studio in Accra where his record label 5mics Entertainment operates.