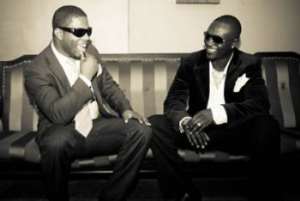 They came 2nd in total African nominations, coming second to K'Naan of the hugely popular Wavin Flag song who leads the pack with 3 nominations.

This made them the first English rap artistes to be nominated in the 11 year history of the Ghana Music Awards which also saw them winning Music Video of the Year award for Breathe directed by Gyo Of Phamous Philms.

Other nominees from Ghana include Samini nominated for Best Dancehall Video for Sweet Mistake, Becca for Fire in the Best West African Video category with new comers Jon Germain getting a nomination for Best RnB Video for In my Head and 2008 M.C Africa 1st Runner-up, J-Town in the same category as Becca for his Guns and Roses video.