Kanye West: I'm not a racist 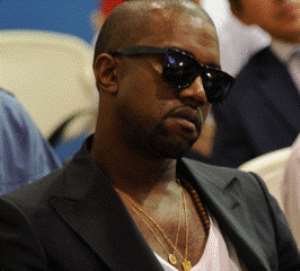 
So says the rapper who took to U-Stream on Friday to answer questions from fans. Speaking from somewhere in Korea, West appeared wearing the outfit he wore in the “Flashing Lights” video (which he told fans was his favorite).

After speaking about his love of art and how it helped influence the video for his new song “Power,” (“I always had the dream of recreating the Sistene Chapel”).

West discussed his creative process and his admiration of James Cameron's “Avatar” and the late fashion designer Alexander McQueen whose creativity he said he uses as his bar.

The rapper became reflective when a viewer posted a comment referring to West as racist.

“I know what I did that made people put it in a box, but it never came from a place of that,” he continued. “I'm not going to dial into that but I will just say that in no way am I racist.”

West also says he is not a raving egomaniac.
“What you have to realize is a lot of times when I talk and I am talking extremely cocky, I am not talking about myself,” he said. “I am talking about the work. I think people should be proud of their work.”

The rap star is now going for a kinder, gentler approach, he says.

“It's no more time to be a rude a** celebrity,” West said. “It's now all about the work. I'm not allowing my attitude to get in the way of the work anymore.”

I'm grateful to be named by Forbes as African of the Year — ...
54 minutes ago

Covid-19: We oppose singling out African countries for trave...
54 minutes ago