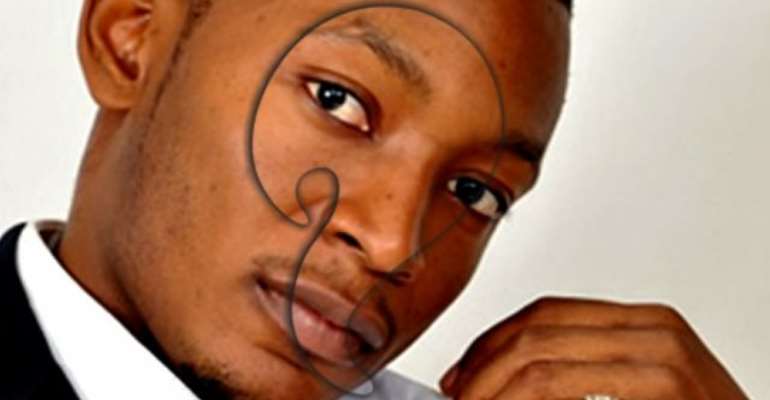 'Nana Borro stole my song!' Sk Blinks Originale reveals to all Ghanaians today on Entertainment Review, Peace Fm. He says he recorded 'Ahayede' 4years ago in a studio at Odokor in Accra.

Sokpo Koku Fabrice popularly known as SK BLINKS ORIGINALE has revealed that Nana Boroo, the face behind current hit track 'Ahayede' heard his song, and pleaded with him that they remake it.

'The beat was unfinished when I reached studio...I ordered all the instrumentation, and sang the 'AHAYEDE' chorus right in the studio, and a verse; after 15minutes, I was done'.  He says Nana Borro wanted to fuse his rap style into his song for the Ghanaian masses.

However, after recording his chorus, he (SK BLINKS) was persuaded to add a verse to the chorus, which he did after a little hesitation. After he completed his verse and chorus, he stepped out of the studio to get some water, but to his utmost surprise, he returned to the studio only to be told Nana Boroo had left. He quickly tried reaching Boroo on his cell phone, but it was also switched off.

Sk says he did not set eyes on Boroo again until after the song started playing on air.

'The aligation that I demanded 500cedis before i appear in the video is also false' he says.

'Killbeats gave me 3cedis for transportation from the studio that day'.

He also reveals that he has featured in songs for Castro and Obuor, and they treated him well, gave him rights to use the songs for him personal shows, and even with that, the money goes to no one but himself.