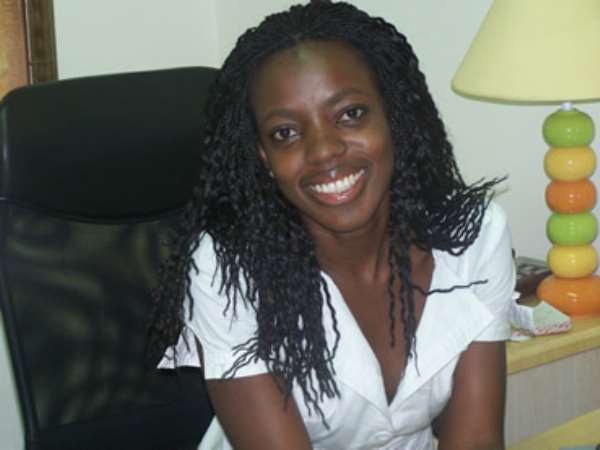 
Shirley Frimpong Manso, not satisfied with the award she won recently at the 18th Annual Pan African Film & Arts Festival for her movie, 'A Sting In A Tale', has gone ahead to win the Best Director of the Year at the African Movie Academy Awards.

This was at the 6th Annual African Movie Academy Awards (AMAA) held on April 10 in Yenogoa, the capital of Bayelsa State, Nigeria.

The awards is geared towards uniting the African continent through arts and culture as well as honouring hardworking actors and actresses, directors and writers. The event was well attended by numerous celebrities.

Shirley was nominated in the same category with Leila Jewel Djansi (I sing of a well), Shemu Joyah (Seasons of a life), Jude Idada and Lucky Ejim (The Tenant) and Kunle Afolayan the director of 'Figurine' which swept away five awards. She clinched the award with the movie, 'The Perfect Picture'.

Her movie 'A Sting in a Tale' also took home the 'Best Original Sound Track Award'. The successful Ghanaian movie producer, writer and director has already unearthed her Oscar ambitions. Shirley who is the CEO/Director of Sparrow Productions has five popular films to her credit namely; 'Life and Living It', 'Scorned', 'The Perfect Picture', 'A Sting in a Tale' and 'Check Mate'.

Jackie Appiah was also crowned Best Actress. She was nominated in the category 'Best performance by an actress in a leading role' together with Lydia Forson and Naa Ashorkor Mensah-Doku for their roles in Shirley Frimpong Manso's 'Perfect Picture'. The three were competing with Stephanie Okereke (Nnenda), Akofa Edjeani Asiedu (I sing of a well), Flora Suya (Season of a life) and Bimbo Akintola (Freedom in Chains).

Adjetey Anang popularly known as 'Pusher' of 'Things We Do For Love' fame joined the long list of winners as he hooked the 'Best Performance by an actor in a supporting role' for his unique performance in Shirley Frimpong Manso's 'Perfect Picture'.

Nigerain actor, Ramsey Noah walked away with the 'Best Performance By an Actor in a Leading Role' (Best Actor) award disappointing his colleagues; John Osei Tutu, Lucky Ejim and Odera Ozoka who were eyeing the same award.

The Nigerian movie Figurine, directed by Kunle Afolayan beat them all with five awards.


Below is the full list of winners in the competitive category :