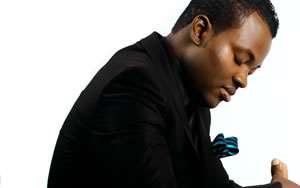 He is arguably one of the finest on the airwaves and television. But dropping a pop-rock album last November came as a complete shocker and a stunner, especially considering the quality of the album.

What everybody expected from him after the drop of the album and its success was an exceptional video to topple his excellence. Contrary to what a lot of people expected the first video of the title track in My Head' has suffered a rather unfortunate fate since its premiere on Allo Tigo a month ago. Watch In My Head by Jon Germain /music/video/african-pop-beat/1641-video-in-my-head-by-jon-germain Research conducted through social networks such as facebook, and entertainment websites suggest that a lot of fans seem to be completely discontent with the quality of video that came from the camp of the Supremo. Talking to people on the streets increased the woe of the video as people were rather uncharitable in their description of the video.

News reaching us suggests that Jon has decided to re-shoot the video in London these coming weeks. Speaking to Quame Jr. he confirmed the news and attributed he decision to the fact that he wanted a different version o the video. 'Yes I will shoot it again because I want another version of the video'.

The question that lingers in the doldrums of enquiring minds is; is it that Jon Germain is discontent with the video and will like to clear his name or true to his words he just wants a different version of the video?

I just hope that the London video does not come out anything like the one we have already seen. In other developments the owner of Madtime Entertainment has unleashed his agitations on all his haters in a new single which was released this past week.

The song has direct messages to two of Ghana's finest presenters K.O.D and Jon Germain who are known to be in the bad books of the 6-time award winning artiste. The song is set to generate a lot of hullabaloo this coming weeks and a lot of drama should be anticipated.

Bagbin fly to Dubai for medical review after budget rejectio...
33 minutes ago