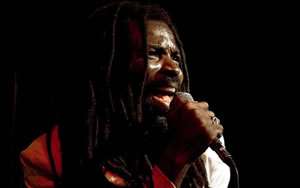 Rocky Dawuni has leveraged his popularity within and outside the continent to champion social causes and inspire a generation of artists and fans alike.

Dawuni's eloquence and successful welding of musical celebrity and social action has made him a spokesperson for various causes worldwide.

Over the last few years, Rocky's music and electric live performances have attracted thousands to his concerts.

Superstars such as Stevie Wonder and Peter Gabriel have joined him on stage at his shows to tremendous response.

Rocky Dawuni was the toast of Rome on January 17 with a show stopping performance to crown the final night of the JOSP Festival organized by Opera Romana Pellegrinaggi, a Vicariate of the Holy See.

Dawuni took the stage at New Rome Fairgrounds at 7pm to a packed house consisting of Vatican officials, nuns, priests and people from all walks of life who had been waiting in anticipation of his performance.

Dawuni and his 11 piece band, which had all flown in from Los Angeles, immediately charged onto the stage with blistering intensity, and by the middle of their set the whole place erupted into a mass of young and old dancing and singing along to the music.

The concert was elevated to another level when Ghanaian-born Vatican official, Father Caesar Atuire jumped on stage with Dawuni for a performance of Rocky's classic song In Ghana to rapturous response.

This was followed by Italian multi-platinum selling songstress Alexia who also joined Dawuni for a celebratory rendition of Bob Marley's 'Three Little Birds'.