Kojo Speaks Out on Nigerian Music 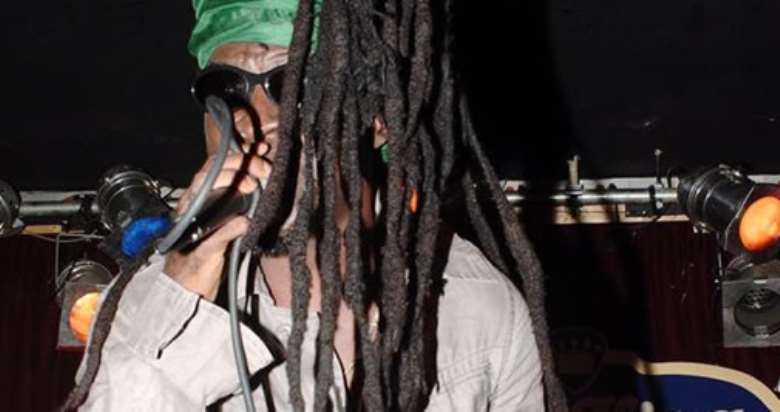 Speaking on PEACEFM's “Entertainment Review” programme, with host Darling Boy Kwasi “1234” Aboagye in the hot seat, “Mr. Music Man” as the maestro is sometimes referred to, decried the overplaying of Nigerian songs on radio at the expense of and to the detriment of Ghanaian musicians.

“We are bombarded with a lot of Nigerian songs. They are our brothers so i don't have a problem that our colleagues in Nigeria have good songs which our people have come to prefer. But the question is, do they also play equally good Ghanaian music on their airwaves like we do here?” he asked.

By the medium of radio, Kojo Antwi strongly believes that Nigerian music fans will fall in love with Ghanaian tracks, if radio stations and presenters in Nigerian inundate their listeners with Ghanaian songs by offering equal playing time to songs by Ghanaian artistes, thus both countries will be taking advantage of each other's markets equally.

For now, Nigeria, a country of nearly 200 million people and a large economy, has music-wise, almost taken over its smaller neighbour, Ghana, which is populated by 22million people with a measurable economy.

Whiles admitting that a number of Ghanaian songs like “Shoddy” by Praye, “Ahomka wom” by VIP, “You May Kiss The Bride” by Boli and “Fefe Ne Fe” by TicTac, became very popular on radio in Nigeria, “Mr. Music Man” quickly pointed out it cannot be compared to the number of Nigerian songs enjoying unlimited playtime on radio in Ghana now.

“We equally have 4x4s, Bradez, R2Bee, Sarkodie, and other musicians match up with songs by P-Square, Tuface, Debanj, and all the other Nigerian songs that are presently enjoying airplay in Ghana now” the maestro said with so much passion.

Profound, as it might be, Kojo Antwi's comments comes at such a crucial time considering the yuletide period is almost here with us and his traditional December 24th Nite at the National Theatre, just a day away.

Will it have a negative effect on his much anticipation show or will it inspire a sense of patriotism in Ghanaians to troop to the venue to have “The Kojo Antwi Experience” as the concert is dubbed? Only Time Will Tell.

Kojo Antwi's 24th December show was introduced 18 years ago and has being staged fourteen times, already. This year's edition, the 15th in the series, is expected to be one of his best shows as fans will be treated to hits from his new album titled: “Mmwaaa” (Kiss) with hot tracks like “Adiepena” “Shonaa” and “Happy Anniversary”.

Interestingly, Nigerian artiste Flava with his hit-track “Ashawo” is expected to perform on the bill, alongside Okomfour Kwaadee, Wutah, a surprise artiste from Congo and a host of other artistes.

Officer arrested for forcefully kissing the thighs of woman ...
29 minutes ago