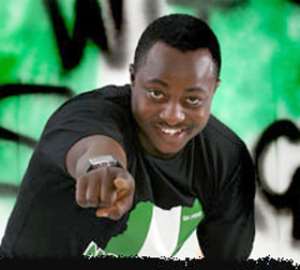 He was declared the Revolution winner after beating Emma, Edward, Nkenna and Mzamo, the remaining 4 housemates.

After Kevin was proclaimed the winner, Emma could be heard telling him, “I told you... I told you”, as Kevin looked on in astonishment.

“I feel like Obama right now,” he said to the ecstatic audience and millions of viewers across the world, as he did a dance for their benefit. He was eagerly hugged by family members who were waiting to receive him.

As he pulled on his 'Support Kevin' T-Shirt, he thanked everyone who had voted for him on the African continent. Kevin is believed to have won a lot of people over due to his charisma.

“Thank you for believing in me. I won't let you down”, he promised.

The grand finale also witnessed exciting performances from US rapper Bow Wow, who treated the crowd to some of his old and new hits. This year's show saw a total of 25 housemates vying to be the ultimate winner. Ghana's only representative, Ras Wayo, was evicted after the show had run for only a week.