Lumba brings in Sarkodie and Samini on new album 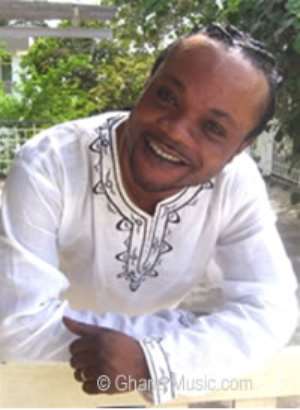 The king of longevity in Ghanaian highlife music, Daddy Lumba has wrapped up recordings for his forthcoming 27th album, and it is would be nothing short of what he has been noted for throughout the 25 years in the music business. The 10-cut album is cleverly titled 'Aware Pa Ye Anibre' to mark his 25 years of marriage to his wife. The title track explores the virtues of a good marriage that has stood the test of time and the constant public scrutiny.

With his usual catchy lyrics and rhythms, the new album is set to follow the success of previous albums by appealing to both the old and young. Perhaps even more so now since the music icon relied heavily on the productions of Kaywah, who is currently one of the biggest engineers in contemporary Ghanaian music. Still on the subject of staying relevant, Lumba also featured the current fastest rapper in Ghana, Sarkodie on one of the songs, 'Anadwo Yi Deε'.

Although Lumba's decision to do a campaign song for Nana Akuffo Addo in last year's presidential elections ruffled a few political wings, his befitting tribute to the late Hon. Kwadwo Baah Wiredu would be more than welcomed by politicians across the divide. The song, 'Baah Wiredu' is a remembrance song for the much loved Minister of State; and a reminder that Ghanaians honour and remember virtuousness.

The album is set for mixing by Bodo Staiger at Rheinklang studio, Dusseldorf- Germany and soon after that, it would hit the shelves for Ghanaian music lovers all over the world. Other songs on the album would include εye N'adom, Dikon (featuring Samini), and Enti Se Adeε Ankye Me'a