The Volta Regime, A Wise Regime 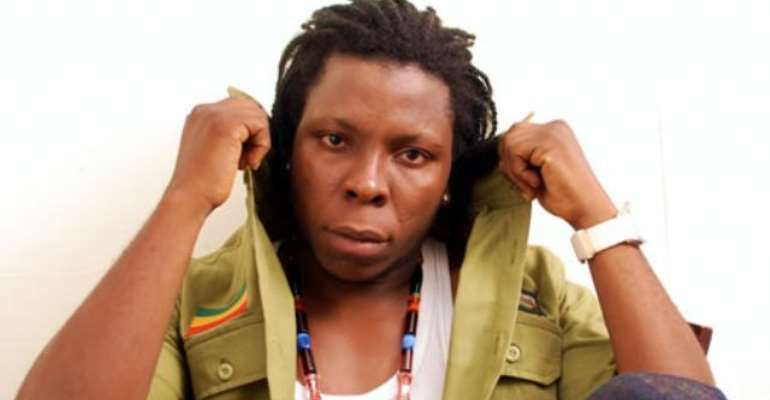 Months ago the Ghanaian Music scene was exposed to yet another rap talent, Ayigbe Edem. On first hearing that there was an artiste who rapped in Ewe, most people did not give him a chance or even the benefit of doubt and indeed wrote him off, especially considering that the Ewe dialect doesn't happen to be one of the most widely spoken and understood in Ghana.

Most musicians would sing in an Akan dialect or in English to reach a wider audience and thus gain wider acceptance with the hope of huge sales. The ability to appeal to a wider audience explains why most Artistes decide to sing in Akan or English but let's seriously analyze the issues as they are; in Ghana we have had several hits which were not necessarily sang in a popular language. Moving away from Ghana we have had several international hits which were not necessarily in a language we understood. So, what makes a hit and what has gone into the decision of most artistes to stick to the “safe dialects (Akan | English)?”.

Assuming without admitting that the reason for artistes singing in the “safe dialects” is to reach a wider audience, then, it would be extremely difficult if not impossible to make an impact outside our borders but no! We have had artistes making impact and realizing hit after hit even when the songs have been in a local dialect. In Ghana songs from the diaspora with lyrics in other dialects constantly become hits making nonsense of the assumption that people enjoy and like “only” songs they understand.

To many Edem gambled, a path most artistes wouldn't take. Artistes want to feel safe, after all for most of them music is purely an economic venture and not a venture of art and expression as it is first and foremost suppose to be. Today, Ayigbe Edem has become a household name and all manner of people jump to his tunes, some go as far as rapping even though they may not understand the lyrics. Indeed, he made a wise choice not to follow the crowd. He has effectively created a niche and is sure to profit from it if managed well.

Now to the economic and market segmentation wisdom in the Ewe dialect; are you aware that in the sub region Ewe is the third most widely spoken and understood dilect? Yes it is, Ewe comes after Hausa and Yuroba and thus if the assumption that people are likely to buy music they understand holds then it makes a lot of sense. The Ewe language is spoken in the Volta Region of Ghana, The whole of Togo and the whole of Benin. Fortunately, the royalty system works better in those countries thus given an upper hand to Artistes whose song crosses the boarder into those countries.

Perhaps, a lot more Artistes should see the sense and wisdom in exploring the opportunity and not stick to and with the same dialect. Beyond ripping the benefits of reaching a wider audience, you make a lot more money and have to opportunity of gaining some level of acceptance and respect if the rhythm, sound quality, arrangement and production quality is okay.