Ayigbe Edem: My next album will come like a thief 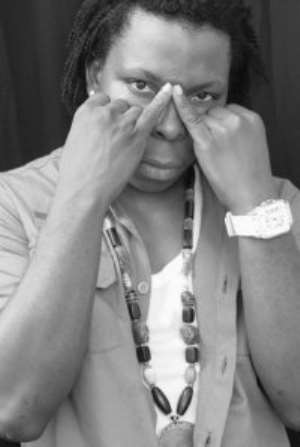 Edem Agbeviadey popularly known as Ayigbe Edem has told Myjoyonline that after the success chalked by his current 'Volta Regime' album, he does not know when his next album will be coming out but “it will come like a thief.”

He however said he is working on a couple of tracks with Tinny and other artistes and will be shooting the video of 'Emeresesa' which is on his album. The track features Tuba who is a new kid on the block from the Northern region of Ghana.

He was happy with the response his current album which was released late 2008 has received and says he will continue to work hard to remain a strong force in the Ghanaian music scene.

Some Ghanaians have complained about the language barrier of most of his songs but the 'Ewe' rapper says he has made his album to suit everybody and just as Ghanaians have accepted and loved songs from Angélique Kidjo and Freddy Mayway without understanding a thing they say, he does not expect the language to create any problem.

Edem revealed that for the next 12 months, he will be involved in some charity activities. He recently donated items worth GHc3,000 to the Maamobi Polyclinic and he intends spending GHc1,500 per donation in each charity work.

He admitted understanding the plight of people who are in need since he lost his parents at a very tender age. “I draw my music inspiration from where I come from and grew up and I know how it feels” he says.

Just like some internationally known artistes will like to work with a specific producer citing examples like Eminem and Snoop recording with Dr Dre, he said it was a dream come true for him to work with Hammer of the Last Two because he has admired his works for a very long time. He first featured in Hammer's compilation called 'Crusade of the Lost Files'.

When asked if he thought Agbeko who also raps in Ewe was a competition, Edem said “I don't think Agbeko is a competition but rather the competition is between us and Kanye West and other successful international artistes.”

He saluted artistes like Chicago for soldiering and starting Ewe rap in Ghana but says his favourite rapper is Tinny who has managed to consistently hold on to Ga rap in Ghana.