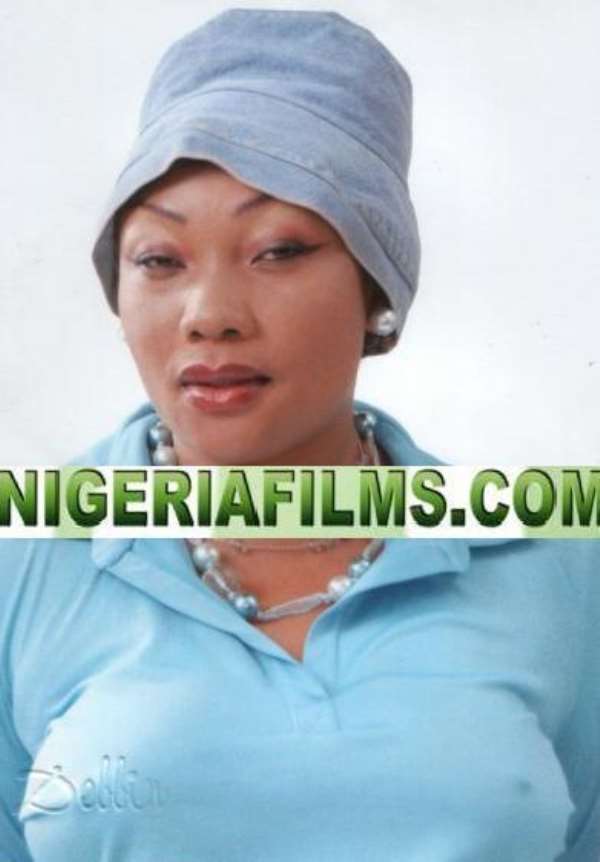 Recently, Nollywood diva, Eucharia Anunuobi was part of a debate of Business leaders on Nigeria @ 50 celebrations and the actress delivered a paper on the contributions of Nollywood to Nigeria so far and what lies in the future.

In her paper entitled, Nollywood Its contribution to the Nation so far as Nigeria Clocks 50 and the future, UK as she is popularly called took a look at the various areas the Nigeria motion picture industry started out from individualistic efforts to becoming the third most vibrant movie industry in the world.

IT is my pleasure to be part of this great occasion of “THE DEBATE OF BUSINESS LEADERS ON NIGERIA AT 50”
For purposes of clarification am not one of the Debaters, but a patriotic and concerned Nigerian who appreciate all the hardworking people herein and outside, who had in one way or the other contributed and is still contributing to the upliftment of the Nation, my Nigeria, your Nigeria, our Nigeria.

I am totally, a Nollywoodian, a die hard fanatic of the industry, which sprang up out of nothing, standing tall and proud today.

WHAT AM I TALKING ABOUT?

Am talking about a movie industry that has variously been described as the 3rd most vibrant film industry in the World after California's Hollywood and India's Bollywood. According to Hala Goriani and Jeff koinange formerly of CNN, Nigeria has a 250 million US Dollars movie industry, churning out some 200 home videos every month to become the 3rd largest in the World after the U.S and India.

Prior to the advent of the 1st home video, Nigerians had for years watched only soap operas like Checkmate, Ripples, Mirror in the Sun, winds against my soul, cock crow at dawn, Behind the clouds, until one man with extraordinary vision, broke that cycle of monotony.
He changed the face of television, he brought excitement and passion. He dared to tread, where mere mortals feared to even dream about!.
He woke out curiosity by producing the first nationally acknowledged authentic home video, LIVING IN BONDAGE.

With the sales running into over 2 million copies, and following with living in Bondage II and then the monster box office, Glamour girls, which my humble self was part of, done in English language, professionals who had been hanging on to television stations to ply their trade, saw a new dawn on the horizon. Soon, soap opera big names like Zeb Ejiro (OON), Amaka Igwe, and later Chico Ejiro, Opa Williams, and Fred Amata among others followed in that man's foot prints.

These core professionals like Tade Ogidan, Ralph Nwadike, Simi Opeoluwa, Kingsley Ogoro among others would become the fetching symbols of a new era of motion picture production in Nigeria. Tens of films would be released every week and Nigerians would buy and watch with ecstasy. Nollywood was born.

Thanks to Chief Kenneth Nnebue.

The Nigerian movie industry is fast, becoming the fastest growing industry in the nation. Enjoying a wide audience, both in the nation and in the Diaspora.

The success of the Africa magic Channel on satellite TV, proves this eloquently.

Nigerian films outsell Hollywood films in Nigeria and many other Africa countries. A hit movie may sell several hundreds of thousands. Disc sell for about two dollars each, making them affordable for most Nigerians and providing astounding returns for the producers.

The popularity of Nigerian films now stretches far beyond the country's boarders. Nigerian video movies are available in even the most remote areas of the continent. Nollywood actors and actresses are honoured, welcomed as stars throughout the African continent.

Uganda dreams of having its own Ugandawood and Ghana is threatening to close its market to the cascade of Nigerian movies for fear that its own productions will drown in the rush.

The last few years haven seen the growing popularity of Nollywood films among Africans in both Europe and North America. Even international festivals in Berlin, Montreal, Rotterdam and Cannes have made room for Nollywood.

Even with the obvious success of Nollywood, a few within the industry are of the view that one essential ingredient is missing. The feeling is that corporate Nigeria is yet to fully apprehend the enormous potential of Nollywood as a brand development tool.

Nations can have good and bad images but Nigeria seams to have only one bad. For our multinationals to succeed abroad, we need to clean up this image. The arts are perfect for this, but lack funding. Despite this, Nigerian Arts dominate Africa. Business can therefore benefit from pushing the Arts to clear their paths internationally.

Many countries had to re-brand to build global trust for business growth. Malaysia was re-branded and developed by its government.
However, it was Bob Marley and other artistes that Launched Reggae and gave Jamaica, a poor country with a criminal image, a positive image that led to massive tourism, a music industry and democracy.

As Nigeria, with its sole dependence on oil, faces global recession and competition from green energy, we need to diversify the economy: to Reboot start afresh and adopt strategies that can help Artistes and the nation develop.

In this view, let me remind us that film production, in this context encompasses the totality of activities involved in the film industry such as scriptwriting / screen play, camerawork, directing, make up, set designing, acting, sound recording editing etc.

But beyond such production and post production activities as above listed, also of vital importance to the industry, particularly commercial film production, are the money spinning aspects --- distribution, promotion, exhibition, rental services, and sales with particular reference to video movies.

It is obvious that as an industry, film production is both capital intensive and labour intensive business. It falls within the social sector of national economic and industrial development with very heavy cultural and political implications and undertones, employing men and women from all backgrounds who can deliver.

A look at the term “National development means an “integrated process of growth or advancement for a people within a defined geographical boundary in all spheres of human endeavour. And for the development (growth to become a reality and meaningful, it has to be planned, and before the plan can take place, certain basic inputs have to be provided such as: man power (skills / technical know-how), technology, natural resources and finance of course, national support by the populace and possibly foreign assistance are imperative if the development plan is to achieve its objectives.

Film production as an industry could be listed as part of the social sector or industrial sub-sector of national development.

Film, through the content of each production constitutes a medium of expression, an instrument of image projection, a vehicle of ideas, with immense psychological and ideological power.

Meaning that film could be used as a tool of communication (and depending on the content of the production) with the subtle power to influence the mind for good or bad. It is therefore obvious that the connection between film production and national development film, therefore, as a tool of communication could be used to inform the people about the philosophy, the objectives, the projects and the benefits of national development programme.

Despite the fact, that Nollywood has its problems of poor production values, terrible sound, trite plots, poor dialogue, we are learning all the time and trying very hard to correct our steps with new movies doing us proud like Stephanie Okereke's Through the glass, Kunle Afolayan's the figurine.

We are having a conversation, not only with ourselves but also with the world. As a nation we are becoming increasingly notable partakers in the global dialogue among cultures and civilizations.

Nollywood is putting its foot in the door. And whether we like it or not only African can tell his story better.

Now distinguish Ladies and Gentlemen, ask yourself if Nollywood has not contributed to national development?

Thank you all for listening and I appreciate the opportunity given to me today.