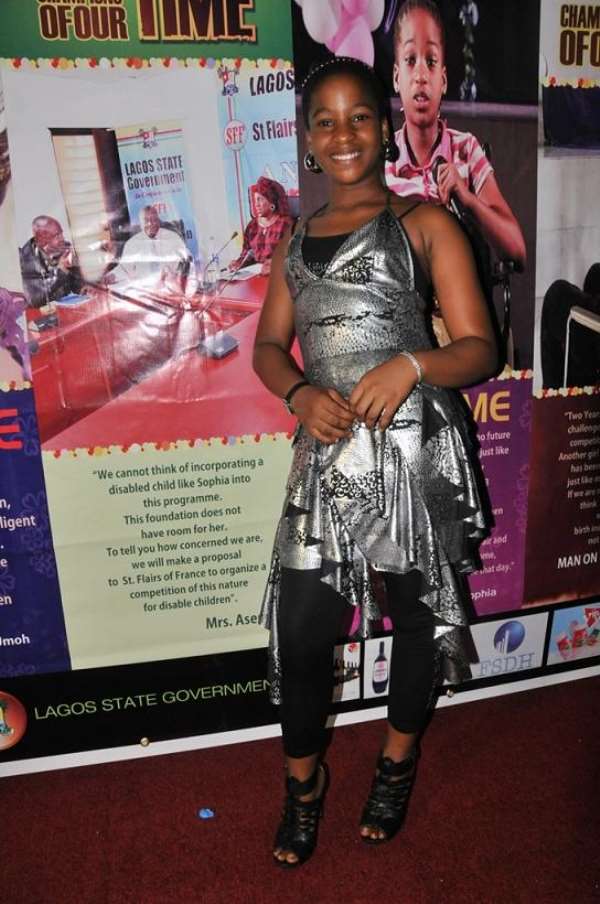 Nollywood stars Emeka Enyiocha, Lancelot Imasuen, Ernest Obi, Actors Guild of Nigeria president Segun Arinze, Ekah Aribia and others came all out on November 28th, 2010 as 'Champions of Our Time' was premiered at the Silverbird Galleria, Victoria Island, Lagos.

The Premiere kicked off around 4pm with a strutted Red Carpet show that gave celebrities room to show off beautiful attires and jewelries. Guests at the premiere could not hold back their emotion as the jam-packed hall was held spell bound from the beginning of the movie till it was taken off the screen.

Champions Of Our Time which has gone ahead to win prestigious awards like the Best Film of the year at ZAFAA International Film Festival and Abuja International Film Festival. It tells the story of two exceptionally brilliant young girls from opposing ends of the social spectrum. They both nurse ambitions of becoming the next winner of the prestigious St. Flairs Foundation Quiz Competition. However, their quest unravels a web of intrigue, high-stakes politicking, corruption in high places, and a culture of neglect and discrimination against the physically challenged amongst us. Suspense-wrapped scenes in the movie showed how far the players went to achieve their dreams in the face of seemingly insurmountable odds.

A brilliant treatment of its topical subject matter, 'Champions of our Time' evoked empathy and got many viewers emotional on the plight of the heroine, the screening however reinforce the belief in the indomitable resilience of the human spirit.