NKIRU SILVANUS: AN ENCOUNTER WITH THE FACE OF HOPE 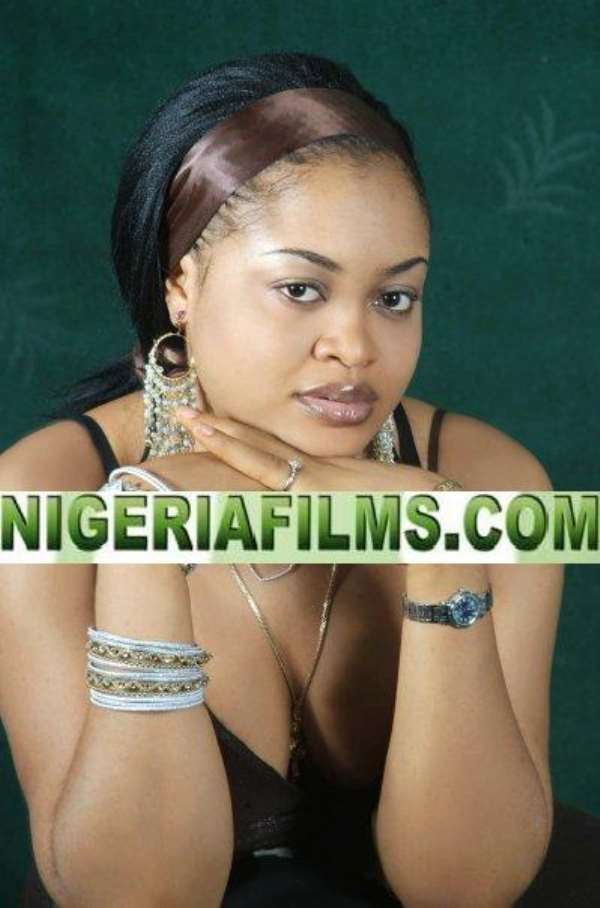 “It was like one of those Hollywood movies. Out of the blues comes a queen dressed in an expensive attire reminiscent of an age-long strategy employed to woo and conquer the queen, you as the lead actor plot and wait for the fruits of your efforts, hoping for the best. Alas! You wake up with a startle and realize that those tall wishes were actually a dream and you wonder why?”

This scene aptly captures the triangle of co-incidence that trailed yours truly's desire to meet with an actual queen or better still queen of hope.
Succinctly put, one of the most pleasant experiences in life is a sweet coincidence that actualizes your heart's desire and this appropriately describes my Blackberry chat session, which connected me with someone I so cherished to meet but doubted ever meeting.

Nkiru Silvanus, a household name and one of the most popular and celebrated actresses in Nollywood sprung a surprise appearance with her cherubic beauty, which certainly is captivating and complemented by the very engaging and memorable roles she has fittingly played in top ranking movies such as “A Cry for Help”, “Divine Punishment”, “Cry Baby”, “Green Snake Under Green Grass”, “Annabelle and Evil Forest”, etc. It is therefore to be expected that such a role model will be swamped by numerous fans some of whom wittingly or otherwise will be lurking around to sweep her off her feet.

With such retinue of fans, supporters and admirers she is curiously not expected to have the time or patience for anyone including yours truly! This was a predicament and a pre-occupation that haunted my mind repeatedly and more so after watching her movies which are so much in high demand aired regularly on virtually all leading TV and cable channels. Despite the pain of unrequited admiration I remained literally hooked on Nkiru Silvanus, adoring her in my mind as a means of exclusive refreshment.

It must, however, be acknowledged that Nkiru Silvanus is not your typical Nollywood diva whose self-conscious indulgences for fame and fortune overwhelm their personalities and rob them of any distinguishing profile. Her choice of roles to play and the type of characters that she is at her best in, portraying her true nature, all indicate a refinement, a sense of mission and a more humane vision of an actor's place in the society which is unique and superior. Without meeting her, I was completely convinced about her being such a special human being on a special mission to set the pace in a positive transformation of both acting and the world at large.

When earlier this year she was named the new Face of Hope in the charity concert organized by Rochas Foundation in support of the less privileged people I was thrilled at the recognition accorded the apple of my eyes. never be fulfilled! Nothing on earth could have raised my hopes of meeting Nkiru Silvanus that day as I browsed on my Blackberry and almost absent-mindedly joined an on-going chat session.

I started a dialogue with someone in the session named Kisil and got interested in chatting on but all the time presuming my chat partner to be another bored man seeking virtual company on the net. In fact at a point I referred to my partner as “bros”! But much later my heart almost leapt out of my chest when the soothing beauty image of Nkiru Silvanus emerged on the screen as the identity of my erstwhile chat partner and I couldn't believe it was real until subsequent chats with her confirmed I had indeed finally and unexpectedly established not only contact but dialogue with the screen colossus!

Hardly had the ovation that greeted that experience died down when I found myself under the same roof with the shining silver a few weeks later. This time it was in far away London where I had gone for an official trip which afforded me the opportunity of attending the ZAFFA Awards for actors and actresses that have distinguished themselves in their chosen endeavor in Africa, and behold, under the dazzling lights of the hall stood the ravishing personality of Ble-Ble as she is fondly called by her fans, in apparent reference to her role in the popular movie Cry for Help. Radiating elegance, beauty and composure in her unique way!

From the distance, I fine-tuned my focus to capture a memorable cherished view of a most cherished person live and direct and not through the limited and edited TV screen. The protocol and the crowds at the event helped to accentuate her entry with a standing ovation, however yours truly was quite satisfied to make do with the “eye-service”, assuring myself slowly but surely, that at the next available opportunity, I shall have a closer contact that will expose her innermost modesty. Basking in the euphoria of that chanced meeting, I surprised her with a “welcome back” message on the precise day of her return which was quite amazing to her as she kept on wondering how I knew she was out and arriving then. Perhaps, to her, it must be one person with the power of clairvoyance or had the services of a crystal ball.

The string of coincidences and chance meetings that I have experienced in my on-going virtual voyage in meeting with the Nollywood star informed my decision to go public with my unfolding story. Far from any suggestions of obsession or other perverted interest in this gentle colossus of Nollywood, I have all along been captivated by a combination of all the fascinating facets of the ever-shy lady of modest background which defines her personality, popularity and perfectionist perspective on her outstanding acting career.

I cherish her because of her humanity and her humane concerns about the injustices, cruelties and several other inequities that abound in our culture and conduct. The finesse of her physique and natural beauty blend perfectly with her divinely-inspired world view as depicted by her career roles and active involvement in charitable activities of empathy and support for the less fortunate citizens all around us. I should be excused for expressing what I feel and stating it here for all to know that Nkiru Silvanus is the silver lining of Nollywood and the quintessential queen of hope! Bless you Nkiru, till we meet again!