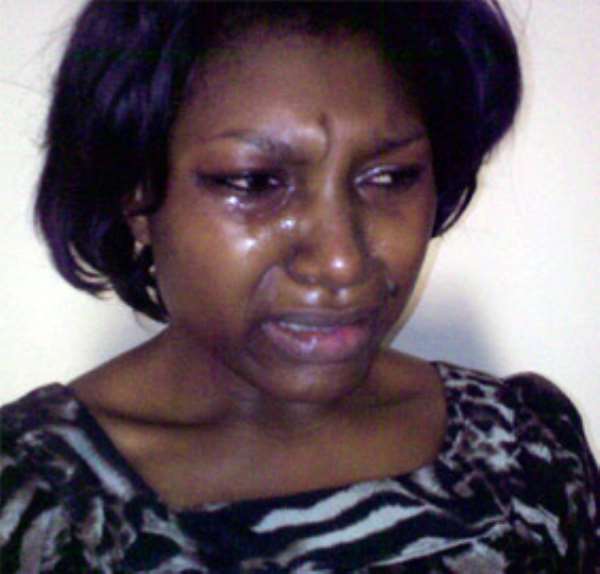 The Lagos State House of Assembly on Monday said it will take a legal action against claims made by a Nollywood actress, Ufoma Ejenabor.

Addressing a media briefing on the issue, Segun Olusesi, the Chief of Staff of the Assembly, said the House will make the issue a deterrent case. The incident,which happened on October 29 on Ozumba Mbadiwe Road, had two different accounts from the two parties.

While Ufoma claimed one of the vehicles (the Pilot) in the lawmakers' convoy hit her Nissan Xterra car, Mr. Olusesi, who claimed to be driving directly behind the Pilot vehicle said Miss Ufoma drove into the convoy, hitting the left rear of 'the pilot ' vehicle's bumper with her right front bumper.

"Even if it is true that we hit her car, which cannot be proven from the video recording, when there is an accident on the road, the first thing you do is not to call a lawyer. So, it was obvious she was onto something right from the beginning and that was why the Speaker directed that everything be recorded," he said.

A rowdy scene ensued and rather than continue on their journey to Lagos University Teaching Hospital to visit an ailing lawmaker, who died three days later, the lawmakers decided to drive to Zone 2 Police headquarters at Onikan. As seen from the footage provided, the intervention of the Deputy Commissioner of Police, Lateef Junaid could not resolve the impasse as Mrs. Ejenabor refused all entreaties.

Though, Mrs. Ejenabor did not make any statement to the police, she claimed, in a letter dated November 2 and written to the Speaker by her lawyer, Obinna Ukawoko, that she was beaten and that her vehicle was damaged. She also alleged that the following items stolen: white gold necklace (N850,000), Silver Gucci wristwatch (N475,000), Pink Ipod (N55,000), Blackberry Bold (N150,000) and Channel Sunglasses ($1,215). She also claimed that her wedding band, worth £3,000 was broken and her damaged vehicle will be repaired for N595,000.

"We have our client's firm directive to demand N35million as compensation," said the letter, advising the Speaker, Adeyemi Ikuforiji, to quickly pay in order to avert imminent bad publicity and legal action.

Mr. Olusesi rebuffed all the claims, saying that the video showed Mrs. Ejenabor as she drove her car away from the police station without any visible damage and she still had her wedding band and bag while she was at the station.

"The photograph of her damaged car, as she claimed in the media, can be best described as insurance fraud and an attempt to extort and blackmail this Honourable House and the Right Honourable Speaker in particular," he said.

"Nobody touched her. At a time when the security officers were not sure what to do with her, one of them wanted to deflate her tyres, but the Speaker kept shouting from inside his vehicle that nobody should touch her vehicle." "If she was beaten by policemen as she claimed, she won't be the one to drive her vehicle to Zone 2 headquarters. Her dress was intact throughout and she claimed she was stripped. She alleged that her fingernails were broken but she refused to show the police. And if she was truly in pains as a result of the beating, she will not be able to put up such display at the police station." "She provoked everybody present, including the members of the public. She wanted to be beaten by the way she behaved but we were lucky and matured enough, especially because we were in a state of mourning and that is why we didn't give it to her."