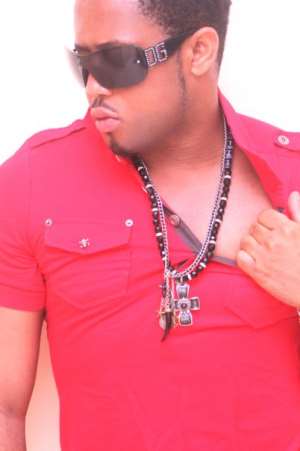 The Nigerian movie industry is not immune to the recent proliferation of award ceremonies in the country. This probably explains the apathy initially shown by this reporter when Chukwudi Uzochukwu, a director with the United Kingdom-based Nollywood Entertainment Limited (NEL), organisers of the ZAFAA Film Festival and Academy Awards met with her. Despite his enthusiasm many questions came up. How genuine is the ZAFAA ceremony? How many people attended the last edition? What is in it for Nigeria and Nollywood?

But most of the initial doubts soon gave way to the reality of a young Nigerian in love with the arts. Believing that the Nigerian movie industry can never be over celebrated, Uzochukwu averred that no organisation had the monopoly of recognising talent in the movie industry. For him, each festival and award ceremony in Nollywood, has its selling points.

"I honestly think it would be naive of anyone to think that only one organisation or few well-known companies should package award ceremonies or film festivals. What I believe is very important is that whoever organises film festivals or award ceremonies should be someone who knows the industry well enough to pin-point the true players in the industry and those who deserve to be honoured."

Moving a step ahead to elaborate on his mission and probably to convince his critics, Uzochukwu said, "As our name depicts, Nollywood Entertainment Limited is into show business. Our organisation however has a bias for the promotion of the African Entertainment Industry as a whole. The body intends to achieve its goal through organised, full participation in all spheres of the industry. However, our primary objective is to help in the promotion of the African culture and above all serve as a worthy ambassador of Nigeria in particular and Africa in general. One of the means, which we have worked towards achieving our objective, is through ZAFAA. We are working towards the success of this year's occasion as we believe its success will further set the pace for a yearly ceremony, which will stand shoulder to shoulder with reputable foreign awards such as the Oscar and the British BAFTA. This may currently seem a Herculean task but it is achievable."

Further explaining his criteria for those who should be taken seriously in the business of film festivals and award ceremonies, Uzochukwu, who has been in the entertainment scene for 17 years said his company should not be dismissed.

"We know that the ZAFAA Film Festival and Awards is only in its second edition, but we have been taken seriously by those who matter."

"The new ZAFAA Trophies are made by the same Company that produces the Oscar and BAFTA Trophies. The quality is made such that artists who receive it should be proud of their worth as well as the benefits. An Artist should be rewarded in accordance with his efforts in the industry and new comers will aspire to reach that same goal. ZAFAA will be to Africans what Oscar is to Americans."

Uzochukwu, told Daily Independent that the July 17th event billed for Reiz Intercontinental Hotel, Abuja, is prelude to the main ceremony scheduled to hold from October 20 to 23, 2009, in London. The ceremony is designed to avail Nollywood fans a feel of what to expect at the award ceremony proper.

Making things happen as planned will not come easy. ZAFAA 2009 will screen a selection of old and new African fiction and documentary features, films and short films from around the continent, as well as classic and less well-known films restored by international archives alongside a public screening programme.

During the first edition of this event, seven feature films and five short films were screened. This year's festival will host career interviews, master classes, panel discussions, live events, and Question and Answer sessions as well as a comprehensive education programme and a slate of industry events and screenings.

The event will commence with a film seminar/workshop for young people and adults alike to enlighten them on Black films especially films from Africa with the aim of helping them recognise with their culture and encourage them to watch films made from and by people from Black Ethnic groups. The seminar and festival shall have African movie stars, respected media practitioners, producers and directors alike. While presenting them with an avenue to network and air their views, the event shall also put young people with flair for the entertainment industry in the right direction.

The seminar will also treat modern film techniques, current filming trends, among others to the large array of African film stars who will be present for this all important educative seminar. In addition, it will be a forum that will offer much needed impetus for creative exchange and discussion among filmmakers.

Speaking on expectations at ZAFAA 2009, Uzochukwu said, "Our target audience for this year's film festival are people of all ages with special interest in young people from Black minority ethnic groups. From a survey we did, we realised that most of these young ones do not exhibit as much interest in local entertainment, activities and films as they are to mainstream ones.

"This event hence seeks to make them participate in a workshop, which we are certain will change their perception, encourage them to patronise films from the Black minority ethnic groups and further encourage them to participate and appreciate those in the film industry who over the years has made immense contributions to the growth of the Black film industry. This, we hope to achieve by creating a forum in which they can relate with the stars individually, coupled with the film festival in which we shall parade ground breaking films from the Black Film Industry to showcase the capability of this industry."

Asked how popular ZAFAA is in its host country, Uzochukwu replied, "ZAFAA is currently a highly regarded and anticipated film event within the African communities in the UK's cultural calendar. The festival attracts leading international filmmakers, industry professionals and the media together with large public audience to London for a four-day showcase of the best cinema from Africa. The festival is expected to attract some 20,000 visitors because of the interest generated from the first edition and its extensive restructuring and re-branding as well as the number of countries exhibiting at this year. Ten countries have expressed interest."

Stressing the need to bring in more people to this year's ZAFAA, Uzochukwu told our reporter, "We intend to reach the target through a well thought out audience development campaign, which includes the use of questionnaires, speeches at local gatherings, community gatherings like churches, religious venues, peer camps, via huge publicity for the programme on TV, Radio, via the use of flyers and slate advert at stations. Also, we intend to make part of the event free and the other part as low priced and easily accessible for all to encourage as many people as possible to participate. Our main partners for this project are Odeon Cinema, who shall be giving discounted use of their exhibition halls. Also, we have the actors who are willing to partake at the event."