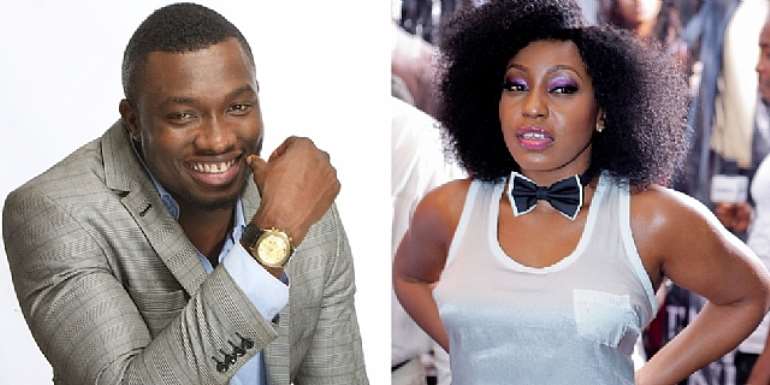 Current Mr. Nigeria 2014, 25-year-old actor and model, Emmanuel Ikubese also emerged second runner up and the most stylish of all the contestants at the Mr. World contest which took place in Riviera International Conference Centre, Torbay, UK.

Recently, the Delta State born multi-talented entertainer shared the memories of his experiences at the contest and his love for Nollywood's super divas, Genevieve Nnaji and Rita Dominic.

" My exprince at the Mr. World contest was great. I felt honoured to fly the flag of my country for the whole world to see. When were in camp, they don't call me Emmanuel, they call me 'Nigeria'. They don't even know my name; they just call me by the name of my country. I am proud I didn't fail my country; I made them proud as the second runner up. I also won the crown of the second Most Desirable Man in the World and the most Stylish"

On celebrity crushes; " Yes, I used to have a crush on Mercy Johnson until she got married. Then I stopped because it is not good to crush on married women to avoid getting into trouble. Then Genevieve, Rita Dominic and Omotola too. I respect hardworking women a lot. I am still looking forward to the movie where I would play a romantic scene like a boyfriend to Genevieve or Rita. I really love those two."

He also hinted few other top movie stars he sees as role models in the entertainment industry.

" Talking about role models, Desmond Elliot is number one. I am still looking forward to working with him. I have worked with Tiwa Savage and I really enjoyed every bit of the moment with her. I am also looking forward to working with Genevieve Nnaji, Mercy Johnson, Omotola Jalade, Rita Dominic, because these people really stand out," he squealed.

15 Assembly Members, others granted bail for cursing Regiona...
59 minutes ago