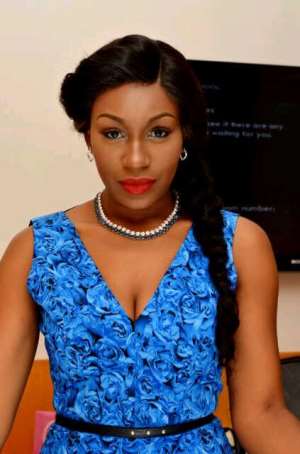 Over the weekend, sultry movie star, Ebube Nwagbo was announced as the Most Fashionable Actress of the year at the 2014 edition of Lagos Fashion Awards.

The occasion, which was attended by some important dignitaries, was held at the Bespoke Event Centre in Lekki, Lagos.

It was gathered that the charming actress stole the show with her captivating dress, and after she was announced winner of the award category, many could not agree less.

Ebube is one of the most fashionable stars in the movie industry. She is also into the fashion line and her hair brand has been acclaimed to be one of the best in the market. No wonder she boasts of clientele from all walks of life.