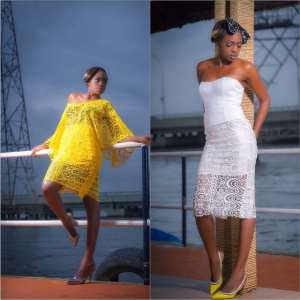 Big Brother Africa – The Chase housemate, Beverly Osu is really making name for herself, even though she didn't win the competition during her time, she has been doing things for herself.

The pretty model and video vixen is headlining the debut edition of The Celebrity Shoot by Nigerian design label, Abbyke Domina.

According to reports, the shoot is aimed at celebrating successful African women and to revive the African culture.