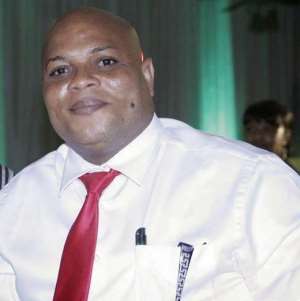 I knew it...I guessed as much. Now more Nigerians are going to die because of him.

Liberian newspaper, The new dawn reports that Sawyer, a naturalised American, looked terribly ill and deliberately avoided contacts with people just before boarding the Asky Airline flight that brought him to the Murtala Muhammed International Airport in Lagos.Sawyer bore a “sad countenance” like he was troubled and sat alone avoiding bodily contact with other passengers who came close to him at the boarding gate of the James Sprigg Payne's Airport as he awaits his flight to Lagos.

“His strange behaviour and frequent movement up and down as he eagerly awaits his Asky flight had prompted the security camera operator to focus on him. In the video, Patrick could be seen avoiding physical contacts with airport employees and other passengers during the check in process,”

Airport footage showed Mr. Sawyer lying flat on his stomach on the floor in the corridor of the airport and seemed to be in “excruciating pain.”

The footage showed Mr. Sawyer preventing people from touching him.

"Barely 24 hours before his death, Patrick Sawyer had a rather strange - and in the words of medical and diplomatic sources here, “Indiscipline” encounter with nurses and health workers at First Consultants Hospital in Obalende, one of the most crowded parts of Lagos, a population of some 21 million inhabitants.

Looking to get to the bottom of Sawyer's strange ailment on the Asky Airline flight, which Sawyer transferred on in Togo, hospital officials say, he was tested for both malaria and HIV AIDS. However, when both tests came back negative, he was then asked whether he had made contact with any person with the Ebola Virus, to which Sawyer denied. Sawyer's sister, Princess had died of the deadly virus on Monday, July 7, 2014 at theCatholic Hospital in Monrovia. On Friday, July 25, 2014, 18 days later, Sawyer died in Lagos.

"Upon being told he had Ebola, Mr. Sawyer went into a rage, denying andobjecting to the opinion of the medical experts
“He was so adamant and difficult that he took the tubes from his body and took off his pants and urinated on the health workers, forcing them to flee."The hospital would later report that it resisted immense pressure to let out Sawyer from its hospital against the insistence from some higher-ups and conference organizers that he had a key role to play at the ECOWAS convention in Calabar, the Cross River State capital.

In fact, FrontPageAfrica has been informed that officials in Monrovia were in negotiations with ECOWAS to have Sawyer flown back to Liberia.

A text message in possession of FrontPageAfrica from the ECOWAS Ambassador in Liberia, responding to a senior GoL official reads: Your Excellency, the disease control department of the Federal Ministry of Health just contacted me through the hospital now, insisting that Mr. Sawyer be evacuated for now. Pls advise urgently.”

In the aftermath of Sawyer's death, diplomatic, ECOWAS and medical authorities here are baffled over Sawyer's deception, especially armed with new information that his sister, Princess had died of the deadly virus and his denial. Finance Ministry sources in Monrovia are in quiet murmur over what they feel was a letdown by Sawyer for not being forthcoming with his peers he worked with.

The ministry has since been temporarily shut down and those who came in contact with Sawyer are on a 21-day forced incubation monitoringprocess. "All senior officials coming in direct or indirect contact with Mr. Sawyer has been placed on the prescribed 21 days of observatory surveillance," the ministry said in a statement this week.

Sawyer exhibited similar indiscipline behavior during his sister's stay at the Catholic Hospital in Monrovia where she was taken because he noticed she was bleeding profusely and was later found to be a victim of Ebola.

Sawyer was seen with blood on his clothing after his sister's death and had earlier demanded that she be placed in a private room.

President Ellen Johnson-Sirleaf cited indiscipline and disrespect as a key reason why Sawyer contracted the Ebola virus. She said his failure to heed medical advice put the lives of other residents across the nation's border at risk.

I Can't Be Forced Into Marriage--Bimbo Akintola Speaks Out

Ice Prince, M.I To Battle On Stage In Lagos