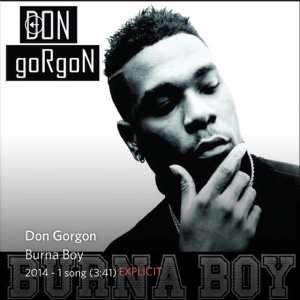 Nigerian artiste, Burna Boy, may be having a quiet time in his career as he has decided to rebrand his management team.

Nollywoodgists.com discovered that the artiste had left his record label 'Aristokrat Records' which brought him to light with the latest release of his new video 'Don Gorgon,' which does not have AR imprint on it.

When Nollywoodgists.com put a call through to his management line, an associate who declined identifying himself explained that it was true that the artiste was no longer with the record label and his currently on his own but still remains part of the Aristokrat family.

When Nigerifilms.com went through AR twitter page, it was observed that things relating to Burna Boy had been removed.

Recall that few weeks ago reports went viral that the artiste fired his mother Bose Ogulu, from being his manager, attesting to the fact that she has led him through the right path. READ IT HERE

He said at this point in his life, he has to find his own manager, so his mother is no longer his manager and all bookings should be directed to his personal bookings mail.