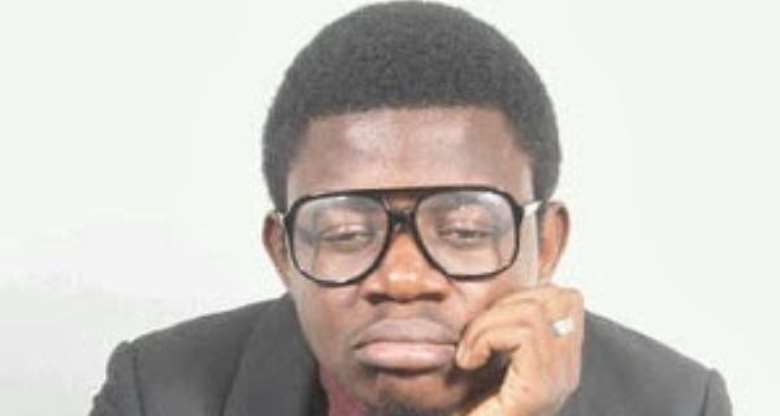 In Nigeria, some people do not like speaking about issues affecting the populace because of fear of the unknown. Several people have been killed for daring to speak up, which is why some people keep sealed lips now.

Until some years ago, comedians had no business releasing their jokes on CD, but this has gradually become a norm.

Fast-rising comedian, Baba De Baba, in early 2014, released a comedy CD he titled 'Letter To Politicians' where he talked about issues affecting the country, blamed politicians for the woes in the country. The work was embraced by many, who commended him for his insightfulness.

But the comedian told Nollywoodgists.com that his 'Letter To Politicians' has given him more enemies because of the content of his jokes, which some politicians did not find funny. He informed us in a chat that he received threats messages for some people regarding the comedy CD.

However, Baba De Baba, an Mbaise, Imo State-born humour merchant said that he will go ahead with the release of the concluding part of the job.

According to him, “I have been warned by some people close to these politicians. Some even called to warn me to be careful of what I say about politicians. I opened peoples' eyes to many things, though I did not mention names. Let them do whatever they want to do.”

When asked if he would do it again, Baba De Baba replied, “I will do another one, which will be the third in the series.”

Listen to him after the cut:

He frustrated me till I aborted the first pregnancy, now I'm pregnant again

15 REASONS To Know If Witches Follow You From Your Village

WHOSE POSTERIOR SNAGS IT?