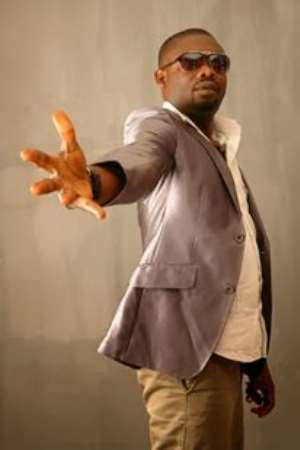 Nigerian comedian, Bow Joint, had a bad day yesterday at a comedy show held in Lagos, which was caused by an up and coming act.

It was observed that the budding comedian made it impossible for Bow Joint to have a good day at the event and he did not hide this. At a gospel show called 'Open Laughter', the rookie, Skoooboi, stunned the audience to the extent that he received loud ovation from the guests at the show.

After he performed, Bow Joint mounted the stage but could not match the standard set by Skoooboi, who virtually killed his senior colleague's inspiration.

Bow Joint didn't perform well and his jokes were not well responded to by the audience, who were still marveled at the talent exhibited by the young comedian. This forced Bow Joint to leave the stage afterwards.

My Marriage Is Still Intact, We Only Have Challenges-Jenifer Eliogu

I Just Want To Make Fame And Dump Music--Orezi