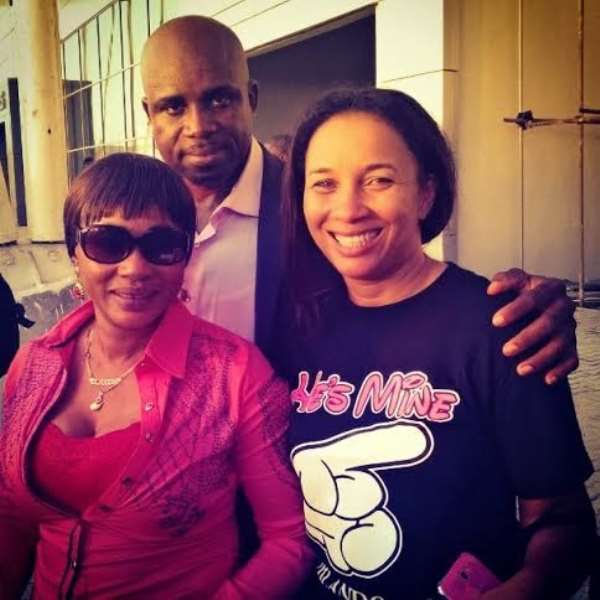 Last week, Clarion Chukwura with Ibinabo Fiberesima were spotted recently at an event and also in another picture with Teco Benson and we assumed that all was well in Ibinabo/Clarion after the rift that was going on between the two, in a recent interview with Punch Clarion acclaimed that her issues with the AGN president still stands. She explained how the pic came about and her surprise at seeing it on the internet. Clarion Chukwura dismissed the Claims that she and Ibinabo has settled their rift, here was what she said;

"When I got the award, I came and met my team, the Royal Arts Academy, and we all hugged and took pictures. As I was going back to my seat, Ibinabo got up and hugged me and beckoned the photographers to take our picture. As I stepped away, Rita Dominic also got up and hugged me and also asked the press photographers to take our pictures.

“When we got to the airport, Teco Benson came to me and said he wanted to minister to me and he also beckoned to her and she came close. I told Teco that I didn't have anything against Ibinabo. This is an AGN issue. We should be real about the issue. The following day, somebody called me and told me about the picture. I was surprised,” she said.