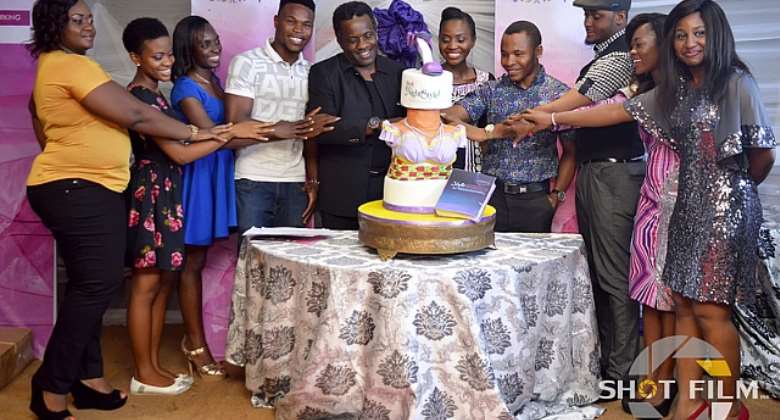 Zinny night of style event may have come and gone, but the memories left behind unfolded new consciousness and essence for the fashion and style industry. It unravelled to the curious audience, Fashion, Style and Networking like never experienced before as renowned designers like Abbi Moise, C'est Prim, Tom Chris and Akpos Okudu held the crowd spell bound.

The event which took place at the prestigious Juanita Hotel in Port Harcourt was colourful, with lots of glitz, glamour, pomp and pageantry. It started with the allure of Purple carpet where Miss Chioma and Chuck graced the purple carpet interviewing guests, taking pictures with them, and taking note of the two most stylish ladies for the give-aways from our official hair-styling salon 'GAB SIGNATURE'.

To the main event, the evening kicked off with Iphie of Rhythm 93.7 Fm and Nnamdi (the voice) playing hosts as MC's. They gave the opening/welcoming remark as guests walked in, looking all stylishly dressed.

The anticipation increased as the first designer for the evening hit the runway, 'ABBI MOISE', with her African urban collections; it was followed by 'C'est Prim' with her mind blowing hand-made accessories.

Just when everyone taught it was about the ladies, 'Ton Chris' proved us wrong with his creatively designed male corporate shirts, and of course the male models did a good job in modelling those shirts, and the guests were really entertained.

Finally for the designers, the last but definitely not the least, our very own Akpos Okudu, took the event to a climax with her totally amazing dresses which every woman would definitely love to wear. Her pieces were soft, feminine, timeless and very chic. Her collection cuts across a wide range of age- brackets, and she put together her pieces in such a creative and unique way.

Talking about creativity, it was time to give away the Hair Gift Voucher to the two ladies that wore the most creative outfits to the event, and we had four nominees, from which we got Miss Somiari and Gesiye Tabai as the winners. They received 3months of free hair-styling from GAB SIGNATURE saloon. And the other nominees got branded gifts from Etisalat as consolation prizes.

In his remark the special guest of honour and President Port Harcourt Chamber of Commerce, Engr. Emeka Unachukwu, said his organization will continue to provide invaluable support for young enterprising entrepreneurs to help them achieve their lofty dreams and aspirations

He said Port Harcourt chamber of commerce is not all about oil and gas and foreign businesses but have their hands firmly rooted in areas like entertainment, fashion and style, sports among others in as much as it translates to empowerment and stimulates the economy no matter how small.

He said PHCCIMA supports young entrepreneurs, nurturing, and mentoring them to succeed in their various fields of endeavour.

Hear him; 'Port Harcourt Chamber of Commerce has become the toast of everyone, from the business community to the intelligentsia and the academia, every of them are on our heels to be identified and are in pursuit of our invaluable services and contribution to every endeavour in society' he said.

Unachukwu explained that the spur to support enterprising and young budding entrepreneurs was accountable for PHCCIMA's presence at the Zinny Fashion, style and networking event to support the beautiful and hardworking MD/CEO of Zinny Styles Ltd, Miss Esther Nweje.

He assured that PHCCIMA will continue to support every other initiative that increases our economic potentials.

Now the guests were wondering what next?, Nnamdi (the voice), introduces the MD/CEO of Zinny Styles Ltd, Miss Esther Nweje for a brief speech. The people were pressed for time, hence organizers had to skip a segment and moved right into the next segment; The Unveiling of the ZINNY STYLE GUIDE.

While everyone was still wondering what that meant, Miss Esther Nweje briefly explained to the guests that as part of reaching their goals as a company they have put into a book, all the basics of personal styling, to educate people on how to look good as a lifestyle for the different areas of their lives. To unveil the ZINNY STYLE GUIDE, a huge cake was brought into the hall, baked by BLUCAKES, with an icon of the book on the side, and fashion icons around the cake.

The cutting of the cake was chaired by the ever amiable President of PHCCIMA, Engr. Emeka Unachukwu, alongside the team that worked on the book project, and the CEO of Blucakes Miss Akpevwe Idonor.

It was then followed by the book launch where guests picked up the book with a keen interest to know the content.

The event came to a close as Miss Nweje gave a closing remarking appreciating all the sponsors, partners, and friends whose contribution made the event a success.

'Captain Smart arrest is intolerance, he did no wrong' – Med...
24 minutes ago