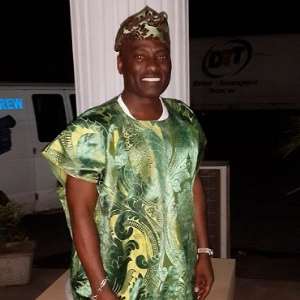 The well positioning of the Nigerian music industry today will never be complete without the mentioning of the Kenny Ogungbe and Dayo Adeneye duo as the pioneers of the success story.

Bestowed with various awards, the duo have continued to step up their game by producing more and more renowned artistes in the country with the likes of hip hop sensation Tuface Innocent Idibia, Joe El, Sound Sultan, Edrees Abdul Kareem, Eddie Montana, Tony Tetuila, Minjin and many other artistes.

They have indeed shown that show business requires managerial skills and entrepreneurial ability. Having trained in the entertainment capital of the world, Hollywood, California, in the United States of America, they came back to Nigeria with in-depth knowledge of what they wanted to achieve.

Recently, Dayo Adeneye, was unveiled as the new Ambassador for the Nigerian Drug Law Enforcement Agency. With this new position, the media personality will have to help preach the message of drug trafficking to the public.

Dayo Adeneye attended the Catholic Primary School in Surulere, Lagos, the Federal School of Arts and Science in Victoria Island. Thereafter he proceeded to Southern University, Illinois in the United States. He had his first degree in Business Administration and a masters degree in Mass Communication.