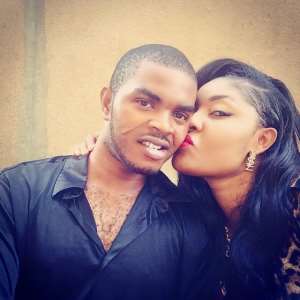 In time past, music and acting were seen more as passion rather than a profession. However today, it has gone beyond passion and has become not just a vocation but also a money spinning machine. The entertainment industry has put food on the tables of these entertainers as well as opens up other areas of earning to them.

Below are names of top Nigerian celebrities and what they earn per show !
By IYABO AINA

The singing and dancing duo, Peter and Paul Okoye, are unarguably among the richest in the industry. They won the KORA award for Best Africa Artiste 2010. The award came with $1m (N150m). Their American tour of seven cities earned them a whopping $1m (N150m). After a misunderstanding with their landlord, the duo built a house they named Squareville in the same neighborhood. The house, which they completed in less than six months, is valued at N300m. They own Rayfield Hotel, Jos, and two multi-million naira factories in the same city, where they built a multimillion naira bakery and sachet water companies for their dad and mum, among other investments. The bulk of their wealth comes from concerts, especially in Africa. The duo has sold above 14 million copies of their CDs since 2005. They are said to charge about N2m per show.

2009 and 2010 was a turning point for Wande Ojosipe, better known as Wande Coal. His debut album Mushin 2 Mo'Hits was huge success and since then, the Bumper to Bumper crooner has been the toast of many both locally and internationally.
His astonishing wealth shortly after he came to limelight has booked him a place in the list of top five Nigerian richest hip pop artists. Wande coal is making millions mostly on gigs. At the moment, he does shows more than any other hip pop artist.
Findings have shown that he does gigs four to five times a week. For instance, Wande performed at AMAA Award in Bayelsa on Sunday, March 27, 2011, Ilorin on Monday (March 28), Abuja on Tuesday, March 29, Port Harcourt on Wednesday, March 30 of the same week where he earned between N 2.5 million and N 3 million per show.
He charges between $ 15, 000 and $ 20, 000 for international gigs.

Dapo Daniel ' D' Banj' Oyebanjo is one artiste that sells shows in Nigeria at the moment. Virtually all big concert in Nigeria have D' Banj's face on it. The Ogun State born singer charges not less than fifteen million per event appearance.
Findings revealed that Dapo Daniel Oyebanjo (popularly known as D'banj, was born June 9, 1980). He is a Nigerian singer-songwriter and harmonica player. He has won several music awards including the awards for Best African Act at the MTV Europe Music Awards 2007, Artist of the Year at the MTV Africa Music Awards 2009. and BET Awards of 2011 for Best International Act; Africa. He adopted the stage name D'banj, a combination of his first name Dapo and his surname Oyebanjo. D'banj is currently best known internationally for his 2012 summer hit “Oliver Twist”, an uptempo dance fusion of Afro-Beats and electronic dance music that topped the African charts 2011 and was a top 10 hit in the UK singles chart in 2012 reaching #2 on the UK R&B chart.

Innocent '2face' Idibia is one artiste no one could push aside as a result of his achievement in the music industry. The singer who came into the limelight courtesy his former musical group, Plantazun Boiz has carved a niche for himself. The Benue State star singer has paid his dues like he says.

Findings revealed that he charges 15 million naira per event especially during festive periods.

Give it to the gifted twin brothers, Peter and Paul Okoye. The Alingo exponent is rocking the town currently. As promoters usually beg them to feature on their show due to the fact that if P Square graces any concert, the show is sold out. Their official fee we learnt is 15 million naira .

The Kukere rising star singer is really climbing a big ladder as far as music business is concerned. No doubt, Project Fame positioned him well. This has added value to his music. Ur Wait, the follow up to Kukere has been the toast of every event within and out side our shores. The Calabar born singer is according to findings charges 2 million naira per event .

Even if he is battling managerial crisis, Abolore '9ice' Akande is one artiste you could forget in a hurry. Alapo Meji crooner according to research charges 5 million naira per show .

Although he is a media shy person but 2012 has remained an outstanding year for the Egberi papa one of Bayelsa. As all parties couldn't do without dancing to his latest song, Burm Burm and Ukwu . This has earned him more shows out side Nigeria where he has lots of fan base. He charges 5 million naira.

Flavour has proved to be number one artiste that controls the East side of the country in term of dishing out lucrative lyrics and sound. The high life music star is the cynosure of all eyes on the posters of many shows happening in the Eastern part of Nigeria. Aside concerts, he performs at private parties that has politicians. He charges 3 million naira.

WizKid is another young talent making wave in Nigeria and the world . He is one of the fastest rising Nigerian musicians around, at 23 this versatile act is believed to possess the qualities to take over the music scene especially with his recent collaboration, which earned him great collaborations with top world entertainers such as Akon, Young Jeezy, and Kardinal Official.
He signed a multi-million naira endorsement deal with Pepsi. Wizkid's new endorsement deal worth about $350,000 US dollars.
Wiz Kid is believed to have signed an undisclosed multi-million dollar deal with Akon's Convict music label and the deal has set the young artist as the 4th richest artist in Nigeria at the moment. He also earns from weekly shows. Though the details of his earnings are not explicit, he is sure a top earner.

Popularly known as Omo sexy, this actress is worth about 60 million naira and she has certainly paid her dues in the industry.
Omotola, who now charges N5m per movie has turned down scripts worth N3m and the recent one, a N2.5m role which Ireti Doyle took over. “Omotola got a whooping N5m for her role in the movie, 'Amina' whilst she earned N4.5m for her role in 'Ties that Bind' after a series of negotiations. She has also built a formidable music career that takes most of time, apart from the new reality TV show she just debuted.

She started her acting career as a child actress in the then-popular television soap opera “Ripples” at the age of 8. She was also featured in several commercials, some of which included Pronto beverage and Omo detergent. In 1998, at the age of 19, she made her debut in the growing Nigerian film industry with the movie “Most Wanted.” As an upcoming actress, trying to carve a niche for herself, she went through various minor roles before her big break.

In 2002, she starred in the movie “Sharon Stone”, and her fame shot beyond the shores of Nigeria to the rest of Africa and several European countries. One can say that through the buzz, Genevieve reinvented the Nigerian film Industry, introducing Nollywood to the rest of the world.

But with fame comes wealth, she has accumulated lots of money throughout her career. At the moment, she earns no less than 1.4 million naira per movie.

According to reports the mother of one is the highest paid female entertainer in Nigeria, charging up to N5 Million naira per show .
findings revealed that Omawumi's performance fee has risen from N3 million (as at September 2013) to N5 million,depending on the show.

Davido, born David Adedeji Adeleke is the hottest new artist to come out of Nigeria. Born on 21st Nov 1992 in Atlanta, USA, but brought up in Lagos , Nigeria, this young man is making serious waves in the industry both in Nigeria and abroad following his huge breakthrough into the music scene in 2011 with his hit debut song “Dami Duro' in November 2011 , (produced by Shizzi and Co-produced by Davido). “Dami Duro” is still currently number 1 on Trace's Africa Chart and has topped every credible chart in this part of the world.
We gathered that the billionair son earn over N2.5million naira for a show .