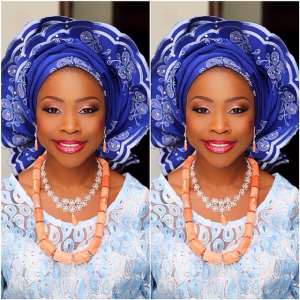 In our country Nigeria, rather than trying to help in a given situation, we tend to castigate an individual who might be going through some emotional trauma failing to put ourselves in that position and see how it feels like.

Ever since he made this hint to YES magazine, tongues have been waging on why he should say such a thing publicly; Well, some school of thought might say it is bad, while some may not see it from that angle.

“My father and mother are actually brother and sister. They gave birth to me before they could realize that,” he said.

“It was a big abomination, so they had to separate. Even, they attempted to kill my father in that village but he fled, because in Warri where I come from, it is a taboo. They termed it incest.”

Now after reading various comments on the issue, the percentage of those lashing Harrysong is on the higher side. We are left with no choice but to ask this question, do you know how many children have been given birth to in such a form that is still a top secret. Truly incest is not a good thing, but for the fact that he realized this, he has decided to make whole world know, also creating an avenue for others in such situation to come out and voice out.

Before we criticize him, let's remember that he did not create himself but God. Neither did his parents know. So let's put the blame on his assumed grandparents who did not make the children get to know other families. Many people are going through this same issue but have not come out to voice out and here we are through scrabble words at him.

The earlier we learn to accept our mistakes, the better for us in this country. Today, if Harrysong had not come out to voice his silent secret, nobody will know. Remember we have all been enjoying his songs without knowing is background. So what happens now that we now know the true Harrysong, are we going to discard his songs or are going to learn to try to correct and help others in this situation? The choice is yours.

Late Michael Jackson did sing, “Heal the World,” it will be better if we can listen to the lyrics of that track of MJ and take a meaningful lesson from it. Harrysong is our product and since he was not killed at infant, I believe that directly or indirectly, he has been able to make an impact with his songs in various homes today.