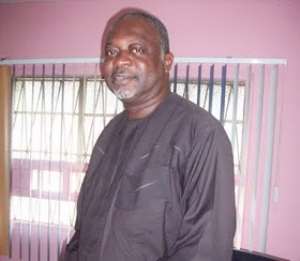 Members of the Directors Guild of Nigeria (DGN) have re-elected prolific movie director, Andy Amenechi as their President for a second term in office.

Amenechi emerged the leader of the group unopposed in an election held last week Tuesday in Lagos. He is set to lead DGN again for another two years, having first been elected into office in September 2011.

Some days ago, a similar election held by the Association of Movie Producers (AMP) returned its President, Zik Zulu unopposed for a second term in office.

Andy Amenechi is one of the respected names in the movie industry in Nigeria called Nollywood.

Nike Oshinowo Welcomes Twins From Another Woman At 47