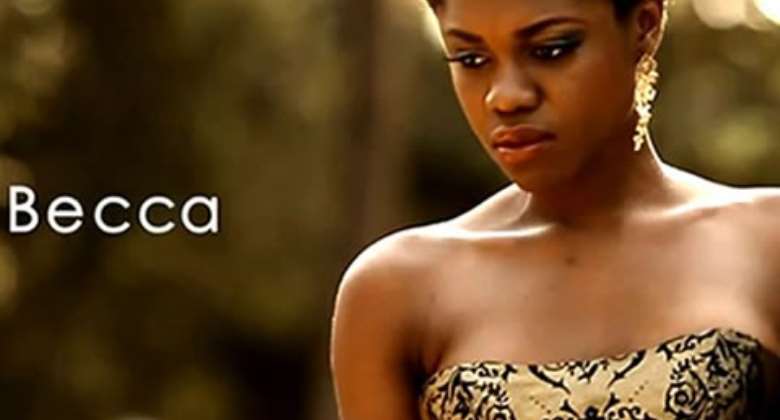 Ghanaian singer Rebecca Acheampong, who is known as Becca, made her debut as a contestant in the 2nd Season of the Mentor On TV3 singing competition, today, she is an established singer but with the news of her snatching a woman's husband, and the lady in question had given her the embarrassment of her life when she was in a shopping mall in Ghana and almost beat her up is strange, we have not known Becca to be a wayward lady…

According to the source, Becca was shock and couldn't do anything while the lady displayed her anger on her “she only looked on from where she stood while the woman continue to display her hanger and treating to make sure the singer career come to a halt if she does not leave her husband alone. ..the display lasted for more than thirty minutes while people surrounded the two women watching as the event unfolds. “

Becca is a hit singer, her album, Sugar won her a Ghana Music Award for Record of the Year and her You Lied to Me featuring Kwabena Kwabena earned her four other nominations, she collaborated with UK R&B star, Keisha White and lots more