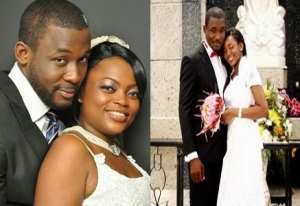 Nollywood actor, and MTN Project Fame anchor, Joseph Benjamin has been rated as the Most Married Man in Nollywood. This is because, the actor is almost getting married to all top actresses in his movies. Although various actors such as, Ramsey Nouah, Emeka Ikeh and others have played the roles of lover boys in the industry, Joseph Benjamin has played the married man role very often that one can conclude he has been stereotype.

'Captain Smart arrest is intolerance, he did no wrong' – Med...
5 minutes ago