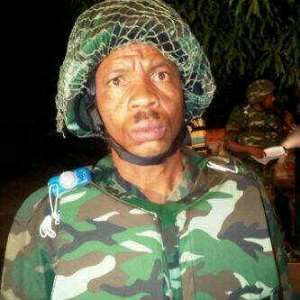 Though we could not confirm the cause of his death, but he has since been buried. The deceased was laid to rest according to Islamic rites on Sunday at his country home in Koso, Iseyin, Oyo State.

50-year-old Saka gained phenomena limelight when MTN snatched him from Etisalat and used him for their number portability campaign called 'porting'.

Salva Kir Runs to T.B. Joshua - Will Putin do the Same?

D'banj and Genevieve officially back as lovers

'Many Celebrities who donated for my surgery used it as a competition' OJB; reveals few names( must read)

Latest Photo Reports
Catch up with all the political quotes from our politicians.
Advertise here
More Wazobia nollywood
ModernGhana Links
Jo-anne Reyneke returns with new cast Owen Sejake and Motlatsi Mafatshe
Accelerate Movie Night: Here’s All That Went Down At The Accelerate Screening Of Sugar Rush Movie
Actress, Ebella Okaro Drags Colleagues to Father-in-law’s Burial
Pa Kasumu Set to Travel to India for Medical Check-up
I Need More Money—Yoruba Actress, Aishat Abimbola
I Will Soon Be Getting Married But Not From Nollywood…….Baba Suwe
I Never Wanted To Remarry, But...—Foluke Daramola
Ngozi Ezeonu For Prestigious Chieftaincy Title In Asaba
MARRIAGE IS NOT ON MY CARD NOW!! I won’t take nonsense from anyone ….Iyabo Ojo
TOP STORIES