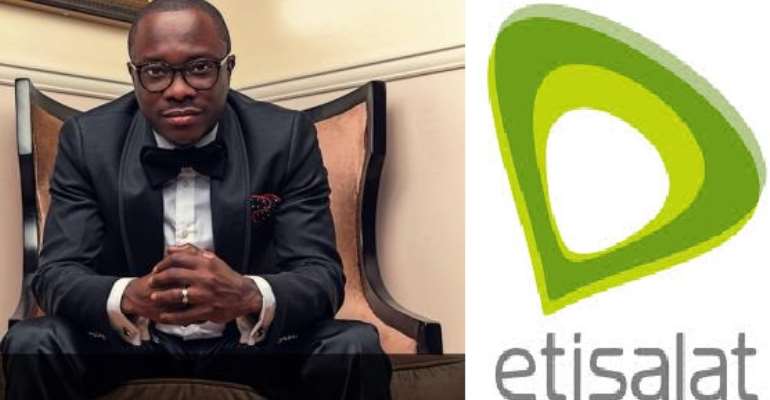 Late last month, November, a press statement was released by Julius Agwu through his lawyer, Festus Keyamo, suing service provider, Etisalat to court for swapping his line without prior notice, which made him unable to either call out or receive calls, thereby resulting in loss of business opportunities.

According to the statement, Julius had contacted Etisalat, and even visited their office to inform them about his difficulty to use his line. The service provider then promised to rectify the problem, and even after several meetings and promises to reopen his line, Etisalat still left the case unattended to.

Pronto, DT put a call to Julius and he confirmed the story, and that he was suing Etisalat for N100m. Before you knew it, the buzz was all over the media, the topic so hot and Julius was readily available for questioning.

Then we got Etisalat's side of the story where they said there was no case in Julius's claim.

Now, it looks like the smoke of the fire has suddenly died down with no one raising any more dust- Julius seems to have gone mum about it, Festus Keyamo doesn't seem to be blabbing anymore and even Etisalat seems calm.

In a bid to know where the case rests at the moment, DT called Julius' line several times but the comedian who used to answer his calls now seems elusive and his phone keeps ringing unending.

We also sent him a text so he could let us know the state of things with Etisalat and whether he's still pressing charges but he simply ignored it.
Now, this leaves us with two guesses. Has Julius decided to keep quiet because Etisalat said there was no case in what he's suing them for? Or, has Etisalat given him some amount of money huge enough to shut his mouth forever? Via Daily Times Nigeria

Take NPP’s money but don’t vote for them – Naana Jane to Asi...
59 minutes ago