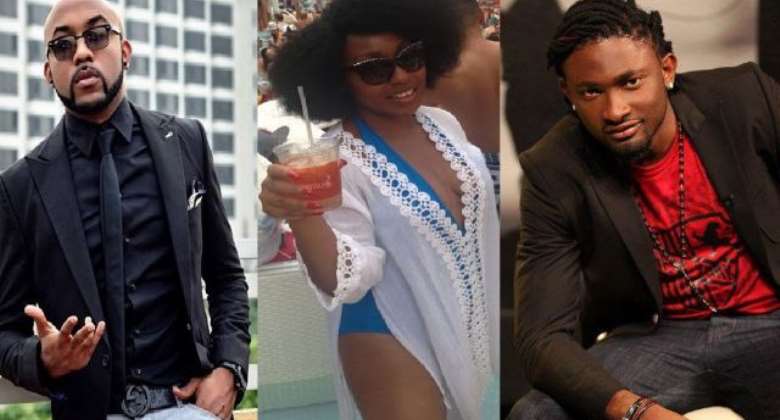 As the world is still grappling with the loss of South Africa's peace icon and a towering figure of the 20th century Nelson Mandela, top Nigeria's socialites and entertainers have joined in the pouring of emotional laden tributes to this hero who inspired millions across the globe with his struggle for equality.

Died lately on Thursday at his Johannesburg home, while surrounded by friends and family, compatriots had since then paid lively tributes to the revered anti-apartheid hero with flowers, songs and dance. Countries around the world united in an outpouring of emotion, pondering his legacy and remembering key moments in the Nobel Peace laureate's astonishing life.

In Nigeria, it was totally not an absurd as below tributes compiled by Ugochukwu Favour-Mayor sends a spine to what the late African hero meant to the world while on earth.

Banky W: We've lost one of the greatest men to have ever walked on the face of the earth. With Nelson Mandela's exit, heaven has gained an Angel.

Rita Dominic: Real heroes are those who face death for a principle- say, to save the lives of others without any promise of reward. And that's what Mandela fought under. Rest in peace Madiba, we will never forget.

Prince Tonye Princewill: Sometime I think God should reserve the hottest place in hell for Nigerian politicians, but then I think of Mandela and his heart and I will often forget he was a politician.

Okey Bakassi: Nelson Mandela is proof that it's in our DNA as Africans to produce great leaders. It's by choice that most African rulers have been selfish. RIP Africa's greatest Ambassador.

Charles Awurum: To this great man and hero who insisted and also made it possible that every human being created by God must live equal, I say farewell until we meet to depart no more.

Ijeoma Ann Nwafor: My definition of leadership rests on the following: sacrifice, discipline, vision, influence, accountability, and integrity. Mandela lived all & exited with respect, dignity, recognition, and a place in history. I have found myself in a society where people force others to respect them, dignify their ways, recognize their ill-gotten wealth, and they even try to forcefully make "history." We need a Mandela! South Africans should rejoice, they got one, who came, saw, and conquered. Well done my hero. RIP Madiba!

Ikenna Emmaniekwe: I feel honoured, privileged and blessed to have lived in a generation that the Man Nelson Mandela lived, and I thank God for the immense gift of such a rare and exemplary man to entirety of mankind. Hamba Khale Madiba!!! R.I.P. Nelson Rolihlahla Mandela.

Mc Ash: Mandela was an extraordinary African leader. It may not surprise anybody that we are yet to find his spare, because he was too exceptional in all ramifications. His love for equality and peace were awesomely great, as he stood by and for it with dedication.

Mimi Orjiekwe: We may not have asked for a guide to live as a younger generation. Nelson Mandela has shown it all. What else could we have asked for? He came, fought for justice and freedom. Today, we can all boast of oneness and unity, because it's been made possible by one great Hero. Rest in Peace Madiba!

Chidinma Uwajumogu: He was a man who believed in the freedom and rights of all. Not just men or blacks, but all men, women, children, and Humans. Thank you Madiba, for showing me that standing up for the right thing always prevails; that justice has no gender or race; that equality is for all. I celebrate your life and legacy and hold true to the values you lived for. The world especially Africa has lost its greatest Son, Brother, Uncle, Father, Friend and President. I challenge African Presidents to continue in Madiba's legacy of peace, justice for all. Rest in Peace Madiba.

Ken Erics: Africa my Africa! We have lost Africa's greatest conscience. A man who sacrificed his life and freedom for the sake of his people. What more sacrifice can a man offer for his race? Indeed, Africans are mourning this great icon. We can never forget Madiba. Sleep on noble one. God bless your soul. Adieu Mandela!

Elvis Ogbonna: Nelson Mandela while here on earth was a great man. He was everything our politicians couldn't be. To this Africa's pride, we will all miss you.

Uti Nwachukwu: Talk about a fruitful, meaningful and impactful life, then you talk about King Nelson Mandela. To us the younger generation, his life here on earth inspired us. And in leadership, he was a transformer. We will forever miss him.

Ejiro Okurame: Late Nelson Mandela was a true definition of liberation. An African Icon that stood the taste of time. He is my African Legend. A hero of many generations yet unborn.

Senator: Madiba, there wouldn't be a replacement for you, not in this life time.

Jennifer Oguzie: He was a Hero, he lived the life of a Hero, he fought for freedom, and he departed at the age of 95 as a Hero. We will all forever remember him. Rest in Peace Papa.

Obi Emelonye: As a green-eyed 19 year old, I studied Nelson Mandela as part of my Character Analysis class in my first year at the university. At the time he was still in prison under apartheid. I couldn't help but admire the courage and saintly altruism of a man who, instead of defending himself when faced with the prospect of life imprisonment, had this to say:

“During my lifetime I have dedicated myself to this struggle of the African people. I have fought against white domination, and I have fought against black domination. I have cherished the ideal of a democratic and free society in which all persons live together in harmony and with equal opportunities. It is an ideal which I hope to live for and to achieve. But if needs be, it is an ideal for which I am prepared to die.”

He lived for that ideal and, against the odds, achieved it in his lifetime. Recently, he watered that ideal with his own blood as he passed triumphantly into immortality. A bright light was turned off, plunging our world into darkness. If we can all borrow little leaves from the giant tree that was...that is Nelson Mandela, then this world would be a better place.

Latest Photo Reports
Catch up with all the political quotes from our politicians.
Advertise here
More Interviews
ModernGhana Links
I believe in women and our stories - Lydia Forson on why she plays strong women on screen
Peter Okoye: Raging, Raging Mr P
Naa Ashorkor - I’d like to see more films that speak to mental health challenges in young people
“Ghana Jollof is a gift at the most difficult time of my life” – Diji Aderogba
I’m a good cook - James Gardiner
Ghana Jollof is my first romantic role - Funnybone
I Have A Very Funny Side -Joselyn Dumas
Interview: What AfroZons Dubai Soundoff is - Sheila Okonji-Ashinze
I like the different versions of me that people have in their minds - Toke Makinwa
TOP STORIES