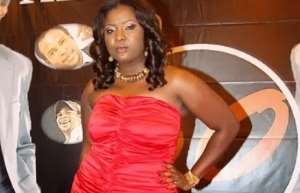 Nollywood actor and director, Fred Amata has been jilted by his lover girl Mor Okonkwo, as she has moved on with a new lover. The lady dumped Fred to new man who has been spoiling her with goodies.

The loverbirds have been spotted at several occasions in different places-one of which was a new hangout that opened few weeks back in Isolo area of Lagos.

However, information disclosed that Fred cannot really be dumped by any woman, rather he is the one that gets tried and moves on. He was described as one man who possesses game playing prowess.