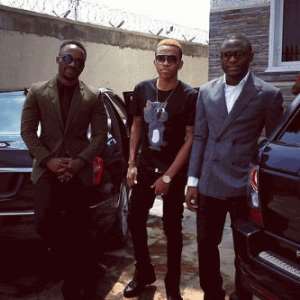 Made Men Music, which is the record label owned by Iyanya's manager, Franklin Ubi has signed a new act onto the music outfit. MMM, as the label is also referred to, is the same record label the 'Kukere' master is signed on.

The entertainment outfit has added a new act called Tekno under it. This was recently done and all efforts are geared towards making the new artiste a big success just like Iyanya, who is now enjoying his moment in the competitive music industry in Nigeria.

Teckno recently did a song with Davido, though the song has not made such impact most people would have expected, having a big name like Davido on a song.