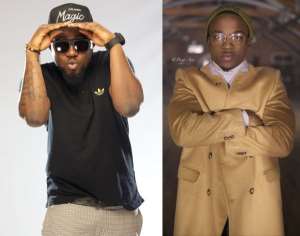 'Kukere' and 'Oleku' crooners; Iyanya and Ice Prince respectively have joined the casts of MTV's 'Shuga' television series. The duo were announced to team up with colleague, Tiwa Savage, who joined the crew few months ago when it called for auditions, which had Gabriel Afolayan dropped.

Both will now star in the new series which kicks off on World's AIDS Day on December 1, 2013.

'Shuga' is based on sex and relationship. The programme once cast Banky W and Wizkid.