RELIGION; THE REASON FOR AFRICA'S UNDER-DEVE​LOPMENT

By Reginald Chukwu
Touch Of Thoughts 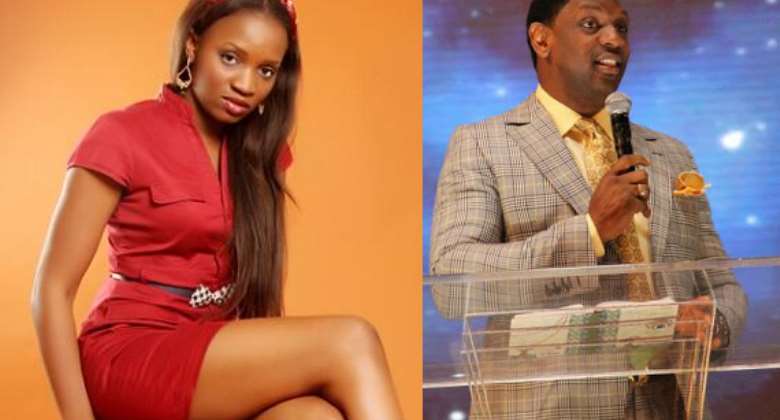 The past few months saw the media brimming with the news of pastors involved in some sort of scandals. Pastor Lazarus Muoka of The Lord's Chosen Charismatic Movement made headlines following the confession of a particular woman known as Sister Juliet who claimed to be the founder of The Chosen Mopol, a section dedicated to winning 'Customers' according to her, to the church, calling him a fake man of God.

In a C.D she recorded, which sold across the country, she called The Lord's Chosen Church a 'Slave Camp' urging the government to make a quick intervention to the place and rescue innocent citizens who have been hypnotized to worship there.

There was also the case of the Coza Pastor, Pastor Biodun who was accused of having sexual affairs with a female member by name Esse Walter, which also made rounds on dailies and social medias.

In a chat with a religious critic on this issues, he said "The basic truth is, the 'Lust' for miracles, riches and prosperity make many fall prey to fake pastors parading themselves as men of God.

These so called men of God are mind manipulators. They read all kinds of books, mystics in particular which makes them perceive God in a different light thereby brain washing their members in the name of God to extort them of their hard earned money in the form of offering and tithes.

He further said that, "In as much as there are pastors who are hypocrites, so are there members who are hypocrites too. You will be surprised to know that, many people who call themselves christians, who go to church everyday and preach the bible have herbalists they patronize for business boom and success in other areas of their life.

One of the reasons africa hasn't developed is because of its so much religious sentiments. In as much as it's very good to serve God and obey his commandments, it shouldn't be to the detriment of the continents development. Take a look at china and the pace at which they are developing.

The energy exerted on religious matters in Nigeria particularly, if channeled on innovation and invention would transform africa and speed up development and there will be less of these kind of occurrences happening in churches."

Latest Photo Reports
Catch up with all the political quotes from our politicians.
Advertise here
More Touch Of Thoughts
ModernGhana Links
Queen Wendy P; Redefining The Essence Beauty Pageants in Africa
US-based music icon, Derrick Ashong launches The Mic to promote African talents
Nigerian Makeup Artist DArtistebyawele Shares 7 Top General Beauty Tips Every Woman Must Know @DArtistebyawele
RMD’s Words to All The NUMBER-1’s in The World
Duncanmighty Advises People to Live According to the Pace of Their Clock
2017 Top 5 Most Productive Beauty Pageants
What Is Killing The Nigeria Pageant Industry??
So Tonto Dikeh Does Not How to Cook?
I Am Neither Proud Nor Arrogant- Joseph Benjamin
TOP STORIES