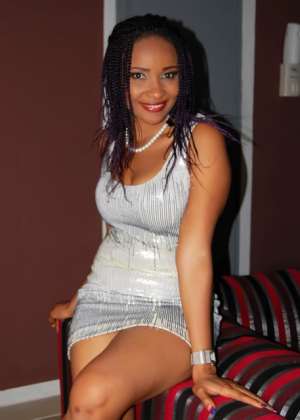 Doris simeon in a recent interview with vanguard talked about her love for children and her plans to run an NGO to put smiles on peoples faces.

The same lady who claims to love children can today not lay claim to where exactly her ex-husband Daniel Ademinokan has eloped to with her own child.Charity they say begings at home, if truly she is a good mother who genuinely loves children, she would have played her part as a true mother by holding on to her only child instead of galivanting round the world and allowing her ex to have custody of her only child and like we've learnt from our sources, playing her role for her as both a mother and a good father that he is diligently.