Fight For Superiorit​y: Ruggedman Blast Mode 9, “Go Get Another Job” 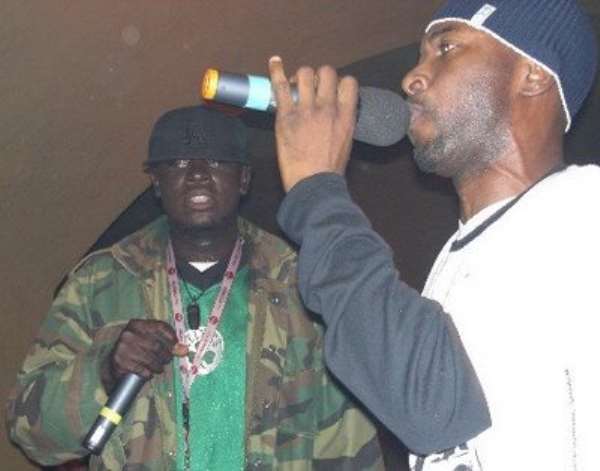 Age long ripples between these two entertainers, Ruggedman and Mode 9 is taking another turn. Recently, Ruggedman was said to have spitted that Mode 9 should go and get another job as singing is not his calling.

It appears that Ruggedman is set to revisit the hitches that have lied low for months now. This time, the issue is coming from the comment made by Mode 9 last week concerning his newly released album entitled, Alphabetical Order. “I released an album and nobody cared.”

As usual, Ruggedman has taken his time to reply Mode 9, saying that he should go and get another job or adapt with the situation.

Rugged Man threw this bomb at Mode 9 while speaking on Hot FM's breakfast radio show and did not mince words. He said “Mode 9 is not the only one that does the non-commercial kind of rap. Basically if you are an entertainer you can't do music for yourself that's why you are an entertainer.

“If People you are made to entertain are not entertained, you should do one of two things, get another job or adapt. I am not saying this to be funny or anything. If something is not working anymore the least you can do is to try and adopt what's up.

“Even in America at a point it was all Eastside …then Westside, you can't do anything about it, if you can't shape up, you shape out.

“I actually started writing songs in English but Paul Play advised me 'you are in Nigeria, make music for Nigerians, add the local language so people could understand, I put a little comedy to it by bringing in Normoloss. “It's not about how good you are but how smart you are. I have said it 'I don't want to be 'he can rap kinda artiste' but 'to be a successful artiste'. Switching your style doesn't make you any less of a human because at the end of the day what you have achieved is what would be asked.”