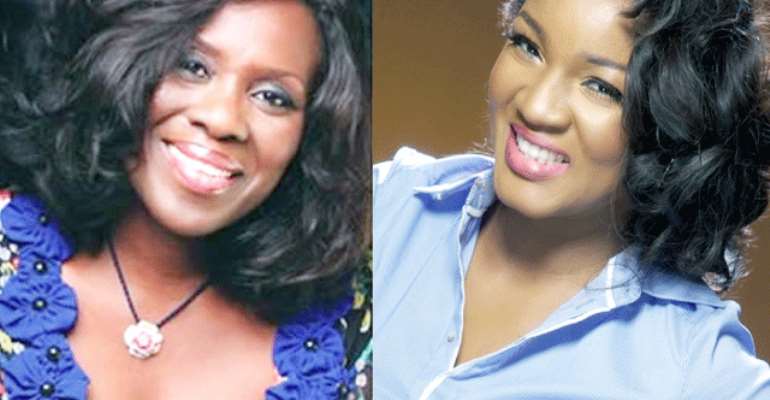 Considering the regular incidences of crashed marriages especially among actresses in the Nigerian film industry, Patience Ihejirika and Evelyn Okoruwa take a look at some of the actresses who have been able to sustain their marriages in spite of their fame.

Joke Silva's marriage is one of the few marriages that have remained a reference point in the industry. Unlike many Nollywood marriages, her marriage has been scandal free and her relationship with her husband, Olu Jacobs who is a veteran actor, has been so fun filled and blissful even though it has been in place for almost three decades. Today Joke is seen as a role model by many, particularly young people in the country.

Henrietta Kosoko is another actress whose marriage has been able to stand the taste of time. In spite of the fact that her husband is a polygamist, their love still knows no bound.

Ngozie Orji, wife of renowned actor, Zack Orji is also referenced as a role model. They have been married for over two decades and the union which is blessed with three lovely children is still waxing strong.

Married for some years now, the Doyles' love still rates high like newly wedded couple's love. In a recent interview, Ireti, attributed the success of her marriage to her husband, saying, “As a career wife, I leave home by 5.30am and come back in the evening. So, it means there is someone who comes in during the day to make sure the little kids are ready for school.”

Today, Ireti Doyle is a role model for the young ones in the movie industry with her marriage in tact.

Omotola, an actress with a difference, has been an expert in the marriage business. Her marriage has weathered the storm and is one of the few marriages in the industry that has remained scandal free.

Omosexy as the actress is warmly called by her fans revealed in a recent interview that her love for her husband was not sudden. 'I always tell people that when I met him, I was not in love with him but he says for him, it was love at first sight, so I had to grow to love him. I was attracted to him because of his maturity. I saw the ability for him to see me. I mean, he knows me more than I know myself. It is just weird I can't explain. You just can't get it. But he feels my pain, it is easy for him.”

Though she was very young when she met her husband, he proved beyond reasonable doubt that he was the man sent to her by God.

Today, her marriage is still blissful and it has indeed stood the taste of time. This journey of live that has lasted for about 16 years is blessed with four lovely kids.

Chioma's marriage is another marriage in the industry that has been scandal free. The beautiful actress' marriage is blessed with two kids.

Oge Okoye, one of the most controversial actresses in Nollywood met her husband while on a set, shooting in a club. She disclosed her husband thought she was a call girl and didn't know she was shooting a movie. In her words, “When he saw me and what I was putting on, he was discouraged, but he told his friend, look at this fine girl, I'm going to bring her out of this life style and marry her. However, his friend told him I'm an actress and we were shooting. We exchanged phone numbers and that was it.”

Several other similar and blossoming unions abound in the country and it is hoped that other divas who are unfortunate in their marriage wound find a way around their problems and serve as necessary role models too.
Leadership.

Wizkid Madly In Love With Tania